The fate of Missouri also hangs in the balance as the state is ready to see a class three Senate election in the next cycle.

The 2022 Missouri Senate race has become speculative, considering that another Republican, Senator Roy Blunt, is about to retire.

Meanwhile, having a new contestant of Republicans would not be less than a blessing for Democrats as they seek a win on this seat.

Like other important battlegrounds, including the Pennsylvania, Wisconsin, and Arizona Senate races, Democrats need to focus on this one to win the Senate and end the filibuster to protect their interests.

Following Republicans are ready to try their luck in the 2022 Missouri Senate race.

Democrats need to use their trump card in this seat, considering their stakes in this Senate seat. The following Democrats are likely to contest for the seat.

Roy Blunt’s Retirement: A Shock to the Pro-Trump GOP

Senator Roy Blunt of Missouri has already announced his retirement, as he won’t seek reelection to the United States Senate.

The retirement of Roy Blunt will also be a shock to the conservative GOP, as he was a staunch supporter of Donald Trump.

He not only voted against Trump’s conviction in the second impeachment trial but also favored killing the January 6 commission.

Now the stakes of the GOP would also be high, as they need to find a Trump-loyal candidate to settle scores.

Blunt has a long political career, serving six terms in the House of Representatives and two in the United States Senate.

Former Navy Seal and State Governor Eric Greitens assumed the governor’s office in 2017. He is a staunch ally of former President Donald Trump, so his nomination would not hurt Republicans either.

He is also likely to get the support of evangelicals who would probably vote according to Trump’s opinion in the 2022 midterm election.

Although the governor had to resign just 16 months later over sexual misconduct charges against him, his comeback would mean the addition of a pro-Trump legislator in the US Senate.

Schmitt tried to win the endorsement of some top Republicans in 2017 but failed to do so. He has been in the limelight for his red meat lawsuits against China over COVID-19 and against the President of the United States for the executive order to curb climate change.

Schmitt claims that he has widespread support across the state for his primary elections, yet his chances to win the Republican primary remain bleak.

The Congresswoman decided not to challenge

Charlie McCaskill in the final moments before the 2018 Senate elections.

Since then, Wagner has been building her portfolio by standing victorious in several statewide elections, even against some well-funded Democrats.

Wagner has been organizing small-scale events across the state to win the support base where she declared to run for the Senate.

Former Democrats Legislators on a Roll in Missouri

Another former Democrat Governor of Missouri, Jay Nixon, has won the statewide races six times and is the only chance of Democrats for flipping the deeply conservative state.

If he wins the Democratic primary, we can have a chance to see two former governors competing against each other for a senate seat.

Nixon is a conservative Democrat who ran for the United States Senate twice in 1988 and 1996 but was defeated by the Republican candidate.

However, due to his conservative approach, he may pose a threat to Democrats for ending the filibuster and favoring liberal policies in the United States.

Nixon might be the best option for Democrats for the sake of gaining the Senate majority, because his conservative mindset aligns with the political ideology of the state, but the political spectrum of the state has changed drastically and might not go in favor of the former governor.

His strained relationship with the state’s Black community will be his biggest weakness that might stop him from even winning the primary.

Former State Senator Scott Sifton was one of the first challengers who jumped in the race, even when Senator Roy Blunt had no intention of retiring. Sifton has been a hard-line critic of Donald Trump, particularly after the January 6 insurrection.

The former State Senator would be a good option for the Democrats, but still, he will have fewer chances of winning the race if the likes of Jay Nixon challenge him in the primary.

He also enjoys pervasive support, being the Mayor of the second-largest city of the state. Lucas has developed a large vote bank in Kansas City in a very short span of time and therefore is a formidable candidate for the primary.

Being an African American, he has ample chances to win Black Americans’ support in the election, which could be a deciding factor. 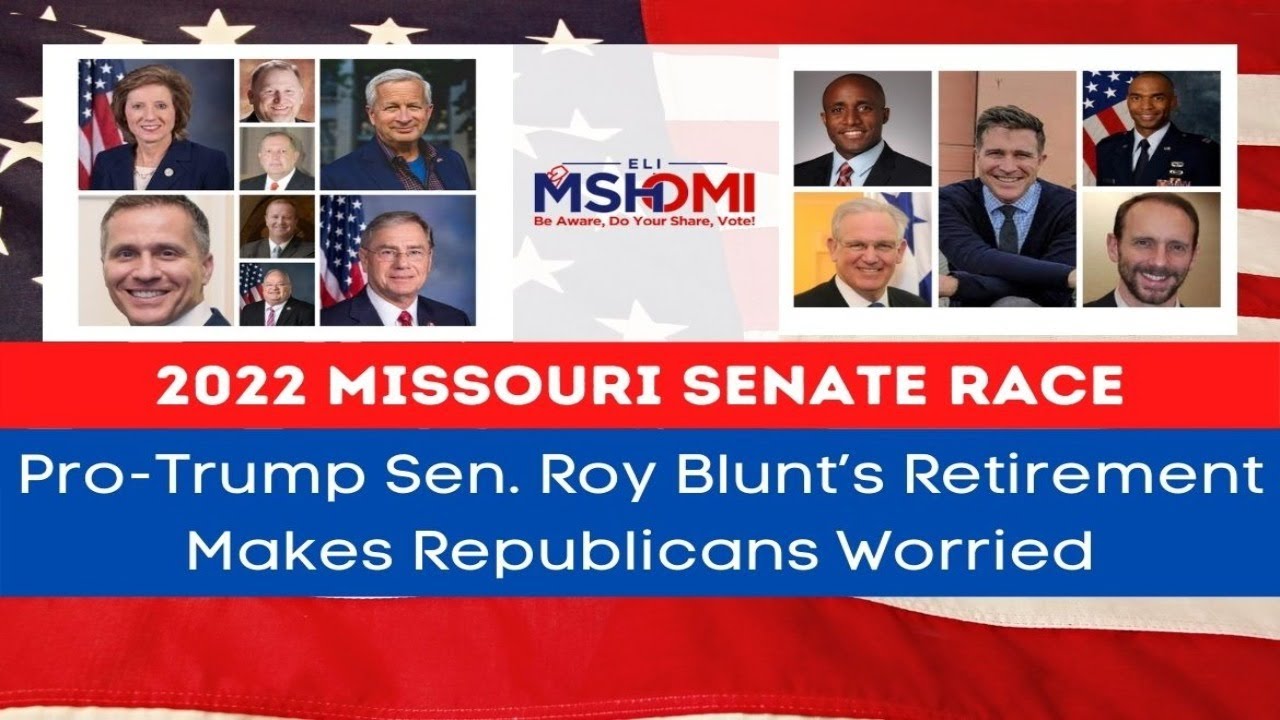 Mental Health Justice Act 2021: An Urgent Need to Save Others from My Son’s Sufferings

Israeli PM Netanyahu in Trouble: Biden has an Opportunity to Steal the Show