I am an African immigrant working in the USA as a political data scientist. My success in the US is the result of the thousands of sacrifices made by African Americans like Frederick Douglass, Harriet Tubman, Rosa Parks, and Dr. Martin Luther King Jr., to mention a few.

I am not alone in this, as all the successful African immigrants are indebted to the African American community for their struggles for centuries to gain us these opportunities.

However, experiencing my own community’s hypocrisy toward African Americans, the very people who are responsible for our success, I feel ashamed of my community.

Despite reaping the benefits of the hard work of the African Americans, I see most African immigrants having anti-black attitudes, sentiments, and expressions behind closed doors, creating their own closed society.

Observing the racism closely, I am fed up with the racist undertone language of African immigrants that undermines the African Americans’ identity for a long time now.

This irony even does not end here. White supremacy is so infiltrated in some people of our community that a successful African immigrant married to a white spouse will always cease to get the deserved recognition for their success, and their hard work is often overshadowed by the color tone of their spouse as if their white spouse bags all the credit.

This anti-Black attitude from African immigrants is everywhere, even in clothing. Because of my taste and love for the African American culture, I prefer to wear their styles, and the misery that I have to live through with this is immense.

As I wear my African American style, some African immigrants tell me things like, “Mbona unapenda kuvaa kama mweusi.” This means, “Why do you like to dress like African Americans?” the undertone of which is the racially driven sentence saying, “He has been spoiled by the African American culture of the ghetto.”

This lens of seeing someone as a “Ghetto Rat” because of their African American dress is something shameful on the shoulders of my community. On the other hand, if you dress like you are going to the “Kentucky Derby,” African immigrants appreciate it and perceive you as a better person.

Then comes the dangerous doctrine of police brutality against Blacks, and sometimes, siding with the police instead of Blacks is not uncommon within the African immigrants.

It is common in our closed-door discussions to side with the police and say stuff like, “Why do they resist the police?” We want African Americans not to panic and remain calm even when the police point guns at them, but we accept that trained white cops are allowed to act impulsively and kill them.

We should understand that the African Americans know the history of police brutality against them, and if we think they should not panic, we are no different than the white racist cops.

An Eye-Opener for the Racist African Immigrants; Behave Wisely Before It’s too Late:

It is a sorry state of affairs within my community’s core that we are not respecting the struggle that African Americans made in the past, and I mourn for this.

Due to the vigilance and courage of the earlier African Americans, we, today’s African immigrants, can breathe in the USA.

We African immigrants, enjoying equal rights, often forget about these tragic episodes of the past. We fail to attach ourselves to the generations of suffering and trauma African Americans endured.

Because of our detachment from African American roots, African immigrants have somehow come to believe the prevailing view that the plight of the Black Americans is of their own doing.

People fail to understand is that every time Black Americans try to rise, white supremacy has sought to keep them down.

This suppression began right from the immediacy of emancipation when legally owned land was taken from Black farmers and given to white slave owners as reparations for lost slaves.

Or in Tulsa, Oklahoma, when an affluent Black neighborhood known as “Black Wall Street” was burned down, destroying more than thirty-five blocks.

Or in Wilmington, North Carolina, in the only recorded coup in America, where white vigilantes stormed into town to kill and overthrow a legally elected government comprised of a majority of Blacks. 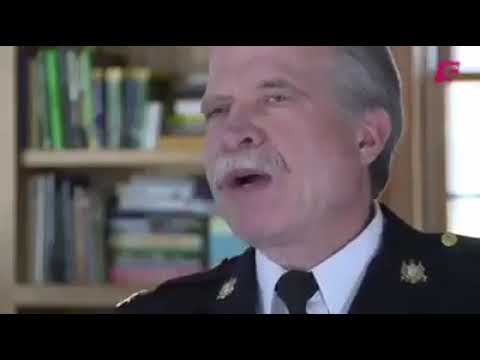 Yes! Discrimination Does Exist Against African Americans, and Data Shows This

My fellow African immigrants, we need a severe retrospection on our end. Data shows us that African Americans neither commit more crimes nor smoke more weed than whites.

In fact, the situation is the other way around at most locations, as drug use is most prevalent among White teenagers in suburban schools because they have the money to purchase such drugs.

However, the over-policing in the Black neighborhoods, over-criminalization of Black behavior, and over-sexualization of Black girls are evident from the reports. These are the perceptions and issues that endanger Black communities in the United States.

This is the very reason why African Americans are more likely to be detained once stopped by the police, have ended up filling up the jails, not because the Black race has a unique disposition to crime.

A Black man is also likely to serve a longer jail term for the same crime being committed by a white man.

All of these are not castles in the sky. Think about the extreme privilege of a white kid with an AK 47 in Wisconsin, who shot three people and ended up being arrested. On the other hand, a Black 13-year-old boy in Chicago was killed after doing precisely what the police told him.

African Americans have survived despite all these odds against them. The mentality of white supremacy must die.

It is this mindset that makes us look down on African Americans and label them “Ghetto rats.” In fact, I will not even blame African Americans for calling African Immigrants “dignified monkeys” because of the extent of hypocrisy we have shown.

We should behave the way we act against the African Americans

We need a reeducation, but the truth is that no amount of education will save our children, whose minds are already infiltrated with the anti-African American narrative.

We need to trace the genesis of the problem to bust the fallacies of white supremacy from the minds of African immigrants.

We have to own the African American community because they are our brothers and sisters, and our problems in the United States are of the exact nature. Only if we unite can we fight these problems.

As an African Immigrant, I have decided that I would not dwell on my privilege; I would also advocate and elevate black people as much as possible.

In fact, all of America has to. First, we need to educate ourselves about the injustice that has occurred over time and seek to act against it. The fire was lit last year; the Derek Chauvin verdict is another step in the right direction. Hopefully, the momentum keeps building.

Trump Looting People’s Money with a Donation Scam: Just Another Day at the Office

Making Washington DC the 51st State: A Sane Step or an Ambitious Dream?