Home US Politics Biden’s Child Tax Credit: The Poorest Must Not Be Left Behind for Administrative Inefficiency
US Politics

Biden’s Child Tax Credit: The Poorest Must Not Be Left Behind for Administrative Inefficiency

Biden’s child tax credit is regarded as one of the historical programs to break the cycle of poverty in the United States.

Intergenerational transfer of poverty has remained a major obstacle in breaking this cycle in the US.

Low-income families are not only prone to more limited access to social institutions, but this also results in deprived children in many senses. Malnutrition and stunted growth, and uneducated children are the biggest curses that low-income families have to face in these times.

The newly announced program is an extension of the already existing program, both horizontally and vertically. Now, more poor families will be covered, coupled with the increased dollar amount per child given to parents.

These types of programs are essential over time to address chronic poverty issues. Estimates suggest that poverty can be shrunk by almost 40 percent if the government pursues this plan with full ambitions. The child tax credit and the American Families Plan are all-inclusive tools to stop poverty.

Biden’s plan aims to provide assistance of $3000 per year per child aged 6 to 17 years old and $3600 per child for children less than six years.

What is a child tax credit, and how can it unfold to reduce poverty? Let’s see.

Reaching Out to the Poorest Faction: The Biggest Challenge for the Administration

No doubt the plan seems ambitious on paper, but the actual implementation can be tricky. The aim of this measure can only be reached if all the eligible beneficiaries get their checks. If the administration fails to reach all the families, it will not deliver results as expected.

The massive outreach requires vibrant planning. The success of the program would highlight Joe Biden’s measure to help low-income households. It would be considered as the most successful program after President Lyndon Johnson’s domestic assistance programs.

The most sparking challenge in this regard is giving the money to those in need. While the program is intended to cover almost 88 percent of households with children, those who would be left out of it are more likely to be the most deserving ones.

First, anyone who has not filed tax returns would be eliminated from the program. This would result in the neutralization of the poorest families who never filed their returns.

When the poorest of families don’t have anything to claim under EITC, they just don’t file their tax returns. Most of them live from meal to meal, so they do not show any interest in this.

So, people having no claim on EITC can be missed out on the child tax credit as well, due to the non-filling of returns.

Although IRS has launched a scheme for non-filers to sign up for the Child Tax Credit, it also seems to be influenced by red tape.

It requires an email address and an internet connection, and obviously an electronic device to sign up. However, the population it is targeting most often has no access to either of these things nor do they know how to use them.

The most important result of the Child Tax Credit is slashing poverty, and if the bottom-most section is left behind, it will become an instrument of feeding the already established families.

The denial of this program believes that giving the child credit dollars would stop their parents from going to work.

While this is true that one of the purposes of the child tax credit is to help parents devote more time to their children by cutting off their workload, it may not necessarily be a negative thing.

It could provide better parenting opportunities to the parents not capable of devoting much-needed time to their children.

Secondly, the child tax credit can increase the net enrollment rates of children in schools, ultimately helping them in better learning opportunities in the initial ages. The literacy rate can go up in the long run due to these programs.

Biden’s announced plan is intended for a time period of one year. Biden was inspired by the American Families Act of 2019, which aimed to make this credit permanent.

Moving forward in his presidency and seeing the results of this one-year plan, Biden must reconsider extending this system for an indefinite period of time. Only then, the benefits can be garnered in the long run.

The underfunded IRS is under severe burden these days because of the presence of a lot of social welfare programs. The workload is maximum, with severe staff shortages pushing the institution into crisis.

The biggest challenge for them is to reach all the deserving population for this program. The president should also consider the issues of the IRS staffing so that the policy can be implemented as envisioned. 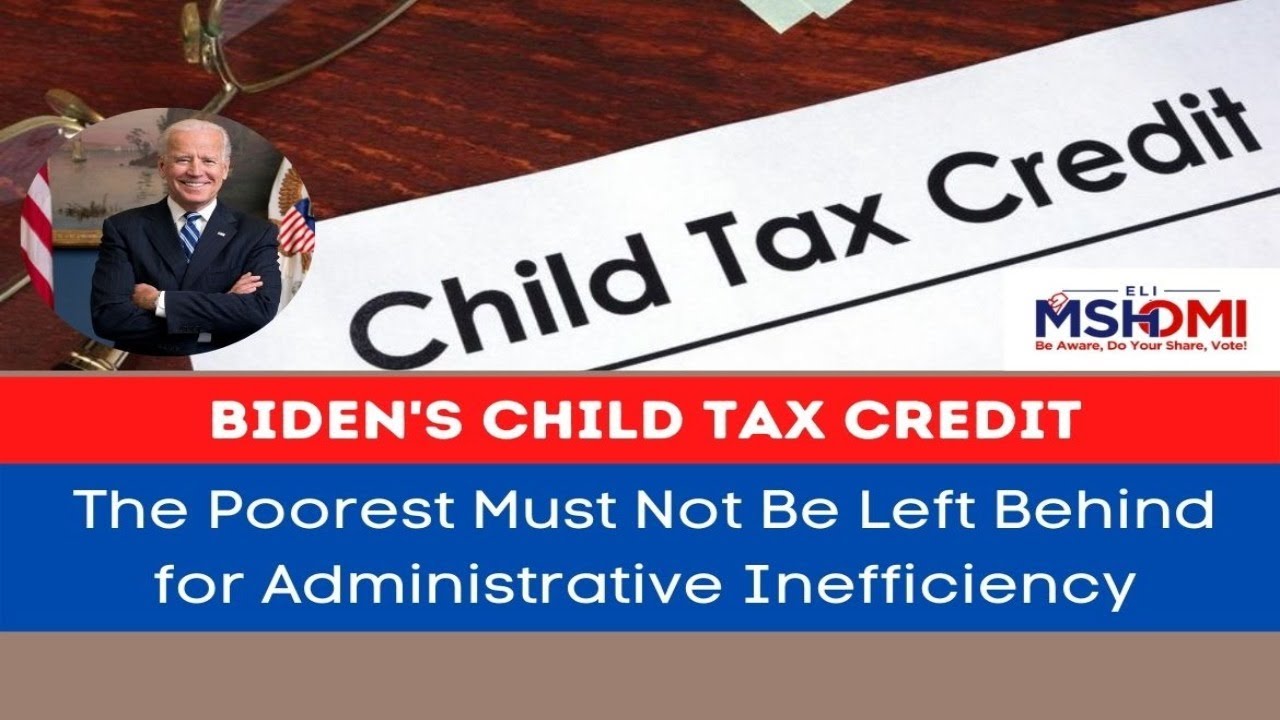 Two-Track Infrastructure Plan: Biden is Eager for Everything but Passing the Bill Without Republicans