The expensive education in the United States has buried almost 43 million students with the debt of student loans.

Emphasizing the need for student loan forgiveness, President Joe Biden pressured Congress to forgive student loans worth $10,000 or less due to the COVID-19 pandemic during his presidential campaign.

Now, when President Joe Biden himself sits in the White House, Congress has flipped the card on him and is pressurizing him to cancel student loans of $50,000 or less using an executive order without presenting any bill in Congress.

As the absolute volume of these loans touches a whopping $1.7 trillion, the administration is also unable to make a final call.

Senator Elizabeth Warren and the Senate Majority Leader Chuck Schumer presented an interpretation of the Higher Education Act, concluding that the president can forgive student loans of up to $50,000.

The president has asked the Education Department to carry out a detailed review of the Higher Education Act, 1965. He wants to see the easiest route for student loan forgiveness, so the usage of executive authority by him could be in the cards.

Including Partial Loan Waiver in Infrastructure Package: Biden has Missed the Full-Toss

Using the executive authority, forgiving student loans is not as easy it could be via Congress. President Biden may want not to use executive power to pursue bipartisanship.

As some complications may come Biden’s way, he needs to get a detailed review before making any decision.

The $5 trillion budget proposed by the Biden Administration last month outlined the president’s plans to rebuild the infrastructure of the United States.

The president’s proposed plans aimed to make two-year community college free while also increasing Pell grants. Unfortunately, the budget plan does not contain an agenda for the cancellation of student loans.

Including the cancellation of student loans in the American Families Plan or infrastructure package was one of the easiest ways for the Biden administration to reach the goal because the bigger issues would have overlooked this investment.

But this represents a much smaller part of the whole student community, where almost $1.7 trillion loans are due on students.

Department of Education: The Inability is Pushing Students to Chaos

As the matter of student loan repayment is still unresolved, experts have extended their opinions and predictions on what could happen and what should be expected from Biden Administration.

Forgiving students loan is likely to provide benefits in the long run. However,  some schools of thought believe that it would benefit the already wealthy households, so there is no point in giving it.

However, studies suggest that low-income families would be on the top of the list of beneficiaries. Black students are likely to have the most significant advantage because most of them have to take loans to pursue their studies.

Seeing the current situation, experts are warning students to get ready for the worst-case scenario. Experts believe that considering the volume of the loans, the government is unlikely to forgive them altogether. However, some reforms are on the table to help students get rid of loans ranging up to $10,000.

While Joe Biden seems to be the only hope for students right now, the inaction of the Department of Education is delaying the matter.

Republicans are highly unlikely to vote in favor of waiving $1.7 trillion student loans, seeing their hue and cry on the American jobs plan.

But in these trying times of pandemic, students deserve at least a partial waiver of their loans, for which Biden needs to act as soon as possible.

The grey side of this cancellation of students loan is the increased taxes, which the Biden administration would be unable to enact, or else they would lose the popular support.

The need is to balance between the unpopular political decision and giving relief to students, as not everyone can afford to repay these loans due to the economic recession. 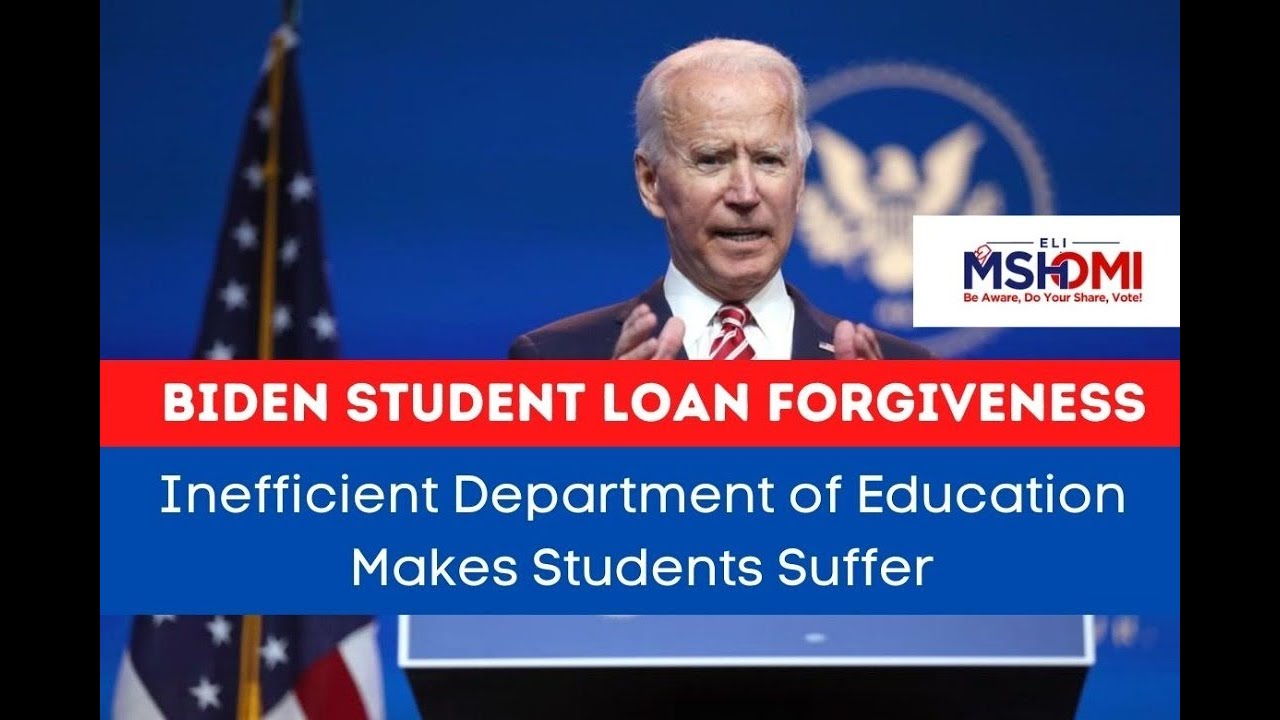