Home US Politics What an Irony: Republican Congressmen Probing Big Tech for a Trump-led Congress Attack
US Politics

What an Irony: Republican Congressmen Probing Big Tech for a Trump-led Congress Attack

The big tech CEOs presenting in front of Congressional lawmakers seems to be a recurring event in recent years amid the rising roles of social media platforms in regulating the behavior of the masses.

As CEOs of three influential tech companies virtually came in front of Congress to address the escalating violence perpetrated by the social media platforms, the discussion of the Capitol riots was imminent.

The role of tech platforms in spreading vaccine misinformation and hate speech was also scrutinized.

While the CEOs of Facebook, Twitter, and Google were policed by Congress, the acceptance of the Twitter CEO in embracing the role of Twitter in the Congressional siege portrays a clear message that social media should be regulated further.

The agenda of the hearing remains to topple the social media regulations and to curtail the independence given to these tech giants.

However, the presence in the hearing of Republican Congressmen who defended Donald Trump in the aftermath of the Congress attack took the hearing in a different direction.

What are the outcomes of the Big Tech Congressional hearing, and what can we expect of the imminent reforms in the social media arena? Let’s see.

The debate to wrap up Section 230 of the Communication Decency Act is not new. While some suggest that the menace should be tackled by completely terminating the section, others suggest that a mere amendment would do the trick, and over-regulation may end up strangling the freedom of speech.

The House Energy and Commerce Committee invited the CEOs for their input on changing the regulations running social media.

The three CEOs differed in their opinions about the changes in the legal framework.

However, all of them realized the need for the change and asked for amendments in the legal procedure to make the platforms more transparent and safer.

Republicans Attempt to Slip Away from the Meeting’s Agenda

In the live-streamed virtual hearing by the House Energy and Commerce Committee, the CEOs tried to defend their respective platforms by highlighting their efforts in curbing misinformation.

The problem was that the people who defended Trump’s role in the Capitol Hill riots were the ones who were policing the CEOs on the efficacy of the platforms.

Instead of focusing on the main agenda of the meeting, i.e., the misinformation, Republicans denounced the role of tech giants in curbing the conservative voices.

Considering the domination of the FOX News links all over Facebook on the day of the hearing, the Republicans’ claim of discrimination against the conservative voices makes no sense.

This way, the hearing became less significant itself owing to the presence of Republicans probing a Republican-led crime.

Upon the investigation of the election fraud misinformation that led to the ultimate disaster on January 6 at Congress, only Twitter CEO Jack Dorsey was brave enough to partially accept the responsibility.

Mark Zuckerberg also seemed apologetic on the role of Facebook in enhancing the violence but still hesitated to accept it openly.

Facebook took vigilant actions against the conspiracy theories group of Qanon in the wake of the misinformation, and Mark Zuckerberg tried to appreciate his platforms for these steps.

The consequences of the overuse of social media platforms also came under scrutiny, as Representative Cathy McMorris Rodgers highlighted the impacts of overusing social media.

As Republicans tried to divert attention from the all-important issue of the role of Big Tech giants in the Congressional attack, the Republican Congresswoman raised the issue of children using social media.

“Big Tech is essentially giving our kids a lit cigarette and hoping they stay addicted for life.”

This issue was of prime importance for Facebook CEO Mark Zuckerberg, as the presence of age-restricted visuals on Instagram is a big issue.

Mark Zuckerberg revealed that soon a version of Instagram will be unveiled especially designed for children under thirteen with parental controls.

YouTube’s kids’ version also came in the spotlight, as the Congressman said that inefficacy of the children version owing to the overspending of time by children on the platforms is still present.

While it is true that social media does play a massive role in shaping public perception, wrapping up Section 230 will come up with some repercussions which should be considered before taking any action.

The introduction of the children-friendly versions of the social media application seems to be an ambitious step, but leaving the actual version unattended does not seem to be a fit approach.

It is in dire need that instead of the absolute wrapping of Section 230, only certain provisions should be revoked so that a fair balance can be maintained between freedom of speech and the regulation of people’s lives due to social media. 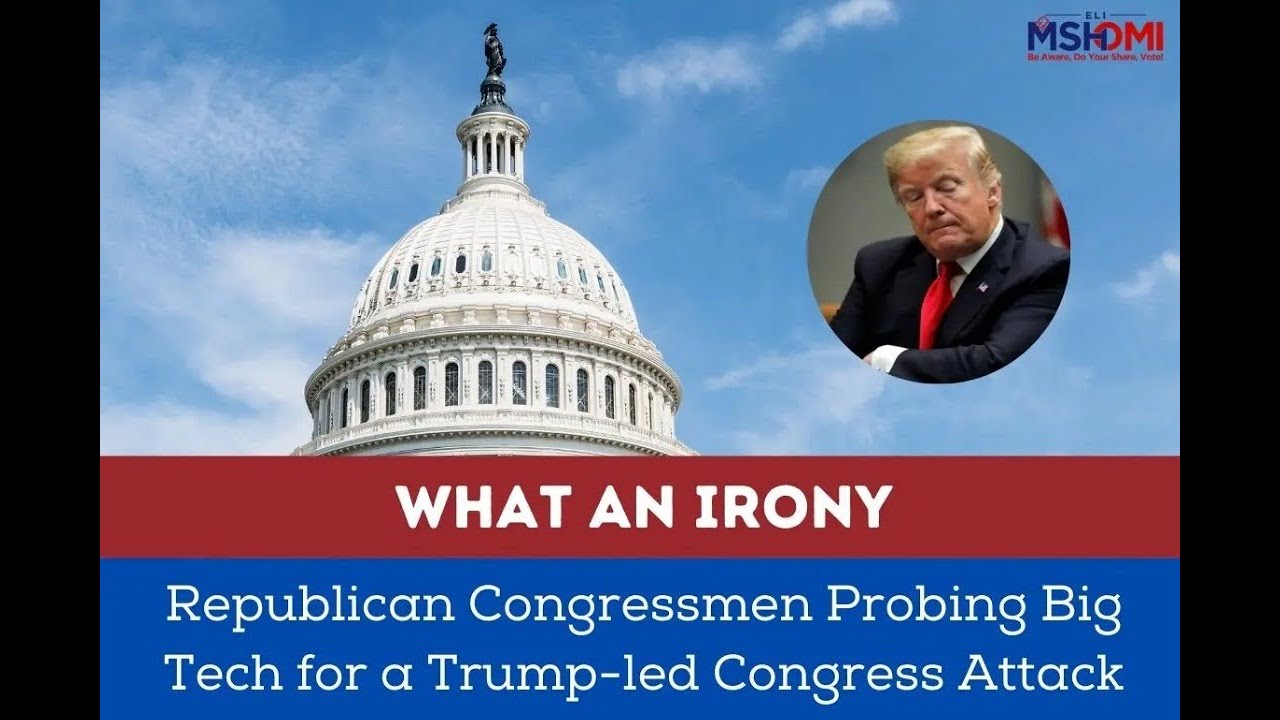 Biden’s Upcoming Infrastructure Package: Another Inevitable Political Tussle on Its Way in Congress