The introduction of the social media giants in the digital landscape of the world completely changed the media consumption patterns globally, forcing advertisers to flood more resources toward these online news outlets.

In a bid to preserve the sanctity and the significance of the small news publishers and broadcasters, the Competition and Preservation Act was introduced in Congress.

With this, the duopoly of the tech giants, including Google and Facebook, will be reduced on the news distribution.

The legislation was previously introduced in the Senate in April 2019 as the Journalism Competition and Preservation Act of 2019.

It would work as a temporary safe harbor for news content creators to protect American’s access to trustworthy sources of online news.

Representative David N. Cicilline, the Chair of the House Judiciary Antitrust Subcommittee, introduced the act, along with the Ranking Member of the Committee on the Judiciary, Doug Collins.

What is the Competition and Preservation Act? How will it change the patterns of the United States media? We have gathered a list of all the Frequently Asked Questions (FAQs) related to the act. Let’s see.

What will the Competition and Preservation Act provide?

The Journalism Competition and Preservation Act will provide favorable grounds for the free press.

This safe harbor will work for a term of four years, during which a cartel-like structure will be formed.

This cartel will negotiate with dominant online news content publishers such as Google and Facebook. This legislation will only allow coordination under these three terms; they are:

Why do we need this act?

The growing trend of online news platforms among Google and Facebook has largely monopolized the news industry.

As advertisements are the primary source of revenue for the media outlets, the decline of the traditional media was imminent. This makes the bill an utmost necessity.

According to a Bureau of Labor report, employment in the news industry is expected to decrease by 6 percent before 2026.

Secondly, the prevalence of fake news on online platforms is also brainwashing the masses. So this act will also curb the fake news, along with Section 230, another legislation to curtail social media giants.

What are the gains of local newspapers in this act?

The Journalism Competition and Preservation Act will pave the way for more trustworthy content along with a much-needed lifeline to local news publishers, who have been suffering to get readership since the spread of social media.

The Competition and Preservation Act will open doors for local newspapers to negotiate with tech giants, operating in an anti-competitive space without any threat of antitrust law violations.

This is why the News Media Alliance is one of the major supporters of this act. It is the representative organization of more than two thousand news publishers, including some major players such as the New York Times, Washington Post, and Wall Street Journal.

What are the losses of big tech in this act?

Big techs can end up losing big money due to the transfer of the advertisement budgets that they were enjoying otherwise.

This will also reduce the impact of the online media companies, especially Facebook and Google, which were already facing the calls of scrutiny amid the prevailing fake news after the 2020 presidential elections.

At the end of the day, these companies will be the only entities on the disadvantaged end.

Will Congress support this legislation?

It is too soon to say if Congress members will pass the Journalism Competition and Preservation Act or not.

However, the lawmakers are aware of the danger that we may face in the future due to the spread of fake information on online platforms.

The duopoly of Google and Facebook is a pressing issue. So ending this dominance is a must-do action to end scores of persisting evils.

The bill has bipartisan support in both houses; therefore, the probability of this becoming law is enormous.

Legislators in both parties want to rein in the big tech market. With local news publishers gaining more control, they could more easily regularize the news content compared to the user-generated content of the online platforms. 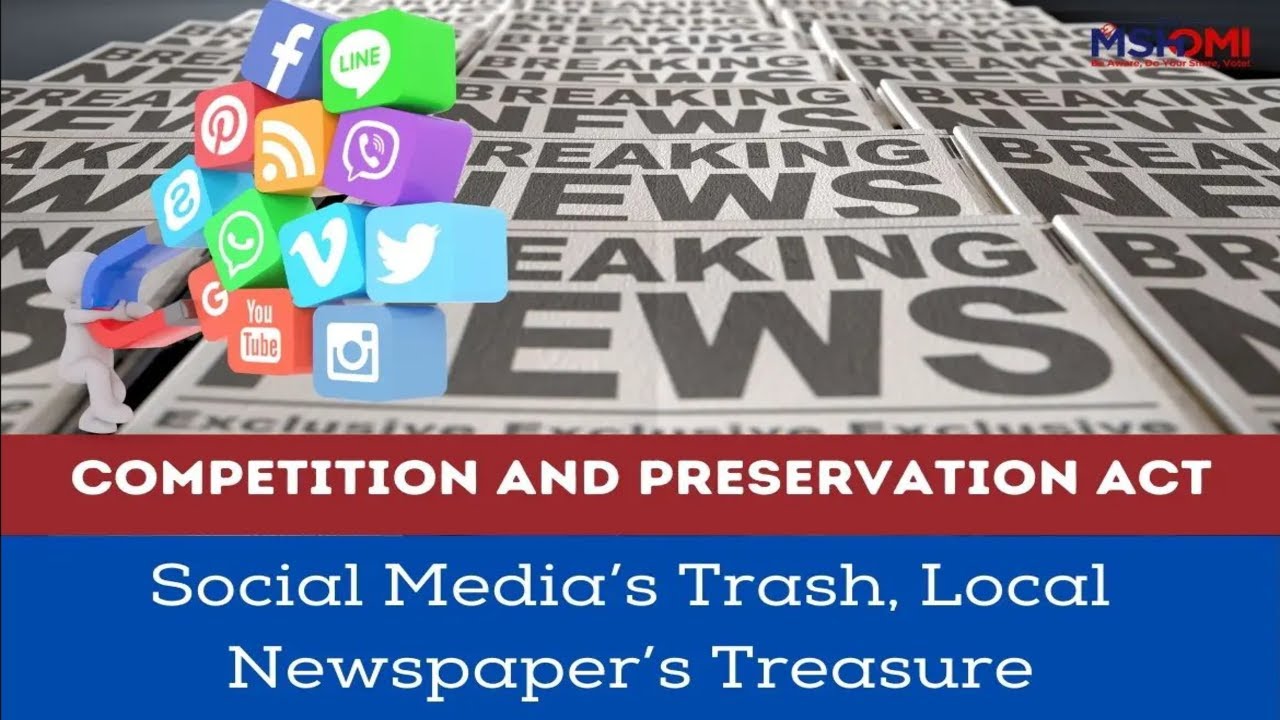 Russia and China on a Roll to Strangle the US: A Wake-up Call for Biden

My Pillow Guy: FAQs about the jerk who...

Everything you should know about House systemic changer...

Everything you need to know about the current...