Critical race theory, an academic concept describing the penetration of systematic racism in the social, economic, and political institutions of the United States, has been politicized heavily in the contemporary world.

However, the term has gained significant traction lately amid Republicans’ attempts to change the interpretations of the phenomenon.

This can be the initiation of the cultural wars in the US, where even the teaching of critical race theory is being criminalized in public schools.

Republicans denying the presence of racism in the country is not a new phenomenon. The absolute denial of the woke culture is also one of the symbols of Republicans being ignorant about the critical race theory.

How are Republicans trying to neutralize the discussions about this academic discipline that is the only source of informing the new generations about the pervasive cruelty? Let’s see.

Republican lawmakers are trying their best not to educate the new generations about the critical race theory.

Recently, Republican lawmakers have proposed legislation in more than 15 states to suppress the teaching of this theory in publically funded schools.

They want to punish the schools severely, including firing teachers and defunding the schools for teaching this stuff, saying that these concepts perpetuate racism in the country.

It was a common perception that the removal of Donald Trump would minimize Republicans’ effort to promote racism; however, it just gets amplified over time.

The affected states include Idaho, Montana, Dakotas, the Carolinas, Louisiana, Texas, and Arizona, just to name a few.

While some states are being targeted on the school level, some on the state’s government programs, others are targeted on both.

The interesting thing is all the Republican bills are stated in vague language that helps them in capitalizing on the benefit of judicial interpretation if something goes against them.

For instance, they mention “race and sex stereotyping” or “race or sex scapegoating” instead of directly mentioning the critical race theory in the legislation.

This push of Republicans towards absolute conservatism and to give last breaths to the dwindling conservatism is an effort to legitimize their illegal ambitions in the long run.

Some legislation explicitly bans the inclusion of the New York Time’s 1619 project. This project is an exclusive series of literary works, especially essays, mentioning the contributions of the Black community in the foundations of the United States while working as slaves.

The teacher criticized the state government for banning the teaching of the theory, showing serious concerns about the legislation.

Not only this but Mark Milley, the top general of the US military, came face-to-face with Florida congressman Matt Gaetz on the teaching of the critical race theory in the military curriculum.

The assertiveness of the US military on the issue is a welcome sign, as Milley schooled Matt Gaetz about the significance of the theory in the US.

Republicans currently are in the middle of the chaos, where they are prone to lose their voters en masse. So, the only thing they can do is make the evangelicals happy because they are their biggest faction for next year’s midterm elections.

Most Republicans need to win Donald Trump’s support as well for their reelection, and he is likely to favor the politicians who would further his agenda.

Trump, in his tenure, played these tactics, which is the primary reason why Black people turned away from him to Biden.

Now only the anti-Black Republicans would be able to win Trump’s support in the upcoming elections, putting them in the inescapable trap.

The Republicans are certainly overreacting to the presence of theory in the curriculum, which shows their vision of white supremacy in the United States.

Republicans have tried intensively to enact anti-Black voting legislation to disenfranchise people of color. Only if they could wrap up the critical race theory would they successfully convince people that these bills are not intended to target people of color. The same goes for the lack of regulations in the justice sector that enables police to treat Blacks brutally.

They need to legitimize their agenda of gentrification, adultification bias, low employment ratios in Black people, and unfavorable policing regimes for the people of color. Banning the critical race theory is the only instrument for them in the long run to do these things.

This onslaught on the Black people’s hard work is an effort within the broader framework to promote hatred in the society.

Call it Trump’s version of “patriotic education” or the cancellation of the critical race theory, these attempts are bound to further divide the society, possibly creating political uprising in the country. 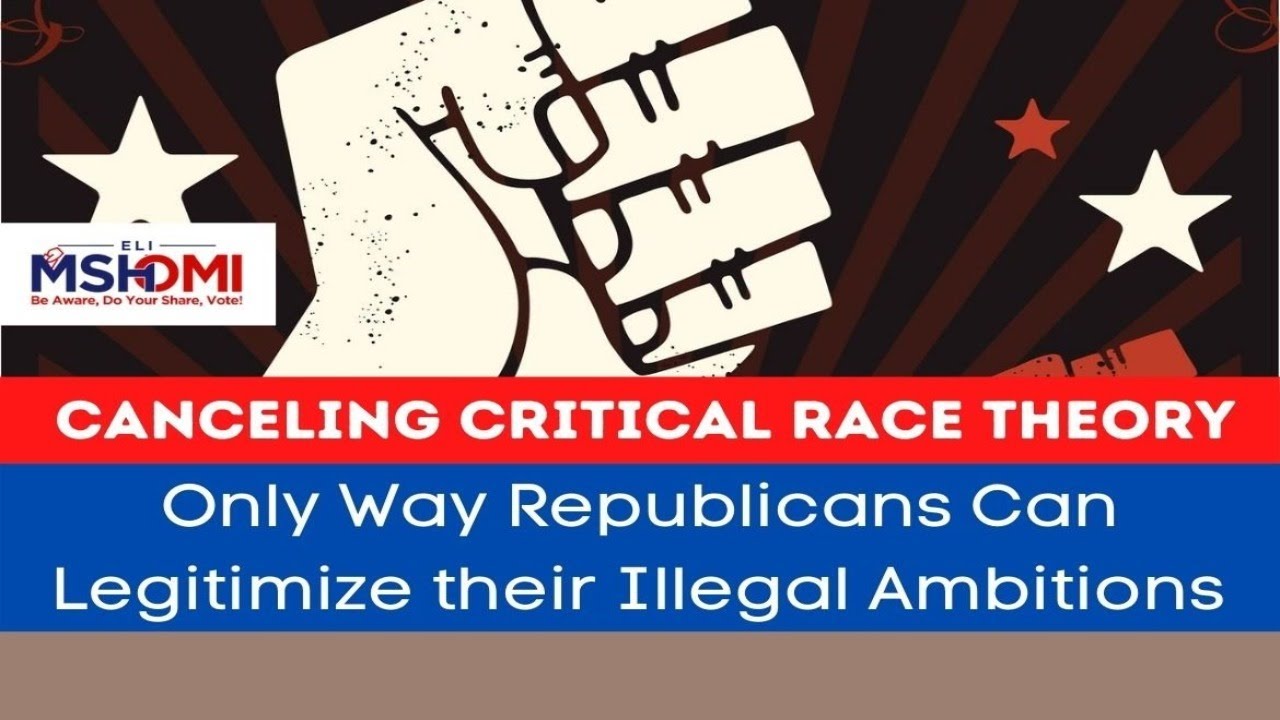 Biden’s Child Tax Credit: The Poorest Must Not Be Left Behind for Administrative Inefficiency