I AM DONE, FED UP! Minnesota Racialized Policing Should End Now

“My heart is breaking

in a way I never thought it could.

My mind is racing.”

(Tasha Layton in her song “Into the Sea”)

Being an American of color living in Minneapolis, Minnesota, a city where two Black Americans have been murdered in less than a year by the custodians of justice, i.e., police, I frequently feel insecure living in this neighborhood anymore.

When George Floyd was murdered in Minneapolis, I shivered with the cruelty he faced for more than eight minutes, muttering, “I can’t breathe, officer.”

As that was not enough, this time, the killing of Daunte Wright, a 20-years old Black American, in a Minneapolis suburb by a straight shot on the chest by a police officer speaks too much about the systematic racism embedded in the United States police forces.

Being a Black American living in the same city, belonging to the same persecuted community, my heart is bleeding, and I am scared about the patterns we see against our community.

When I came to America, I thought of living a life free from prejudices against my community. However, the evolving situation is making me rethink my decision.

My daughter Belinda Mshomi even told me to move to Canada, where she lives, as my loved ones believe that Minneapolis is not safe for me anymore.

When the “George Floyd Justice in Policing Act” was passed from the House, a ray of hope emerged among millions of people of color, including me, that we could have a safe future here, but the politicization of the act is making the matter worse.

The concepts of racialized policing, racial profiling by police, and systemic racism embedded in the police investigations reveal that as long as police officers are not given severe punishments for their murder of Black men, transparency in the justice system will remain a pipe dream.

As of this writing, my heart is bleeding on my ascribed status, along with other Americans who are subjected to unfair police practices just because of our colors, hoping that we might end this one day.

BLM protests in the USA

Despite living in the 21st century, it is alarming to think that how police officers follow racial prejudices and not the law while carrying out their investigations.

This is a matter of grave concern and forces us to think about the earlier times when people of color were subjected to slavery in the United States.

Despite centuries of effort, it seems that we are standing at the same place where we were in the times before Abraham Lincoln.

It is enough of the lame excuses by the police officers after the brutal murders of Black people.

Daunte Wright was murdered in Minneapolis by receiving a bullet in his chest, yet the police chief defends the alleged murderer police officer for mistakenly firing a gun instead of a taser. It seems that all the police fraternity is planning persecution against people of color.

As protestors defied the curfew imposed to curb the protests in Minneapolis, the cause of death of Daunte Wright remains certain.

A man who violated traffic rules has been shot to death by a police officer in the same state where another black man was strangled to death less than a year ago over an alleged $20 counterfeit bill.

Violating traffic signals and using a small counterfeit bill never warrant the death of the accused in any civilized nation.

However, police officers who follow racialized policing seem to have other plans against people of color.

Racialized Policing Must End to Save Humanity

The very concept of racialized policing says that police are biased towards people of some races. On top of these races remain the people of color in the United States.

According to reports, almost one in every one thousand black men are likely to be killed by police.

This concept of racialized policing is even impacting the army of the United States. Recently, a Black second lieutenant was pepper-sprayed

While all eyes were on George Floyd’s murder trial, a new Pandora’s box of Daunte Wright will now haunt Minneapolis in the foreseeable future.

It is beyond the comprehension of any sane mind that a 26 years’ experienced police officer can make a mistake between a taser and the actual gun. And if police officers are not in consciousness, even the use of a taser should be illegal in this case. 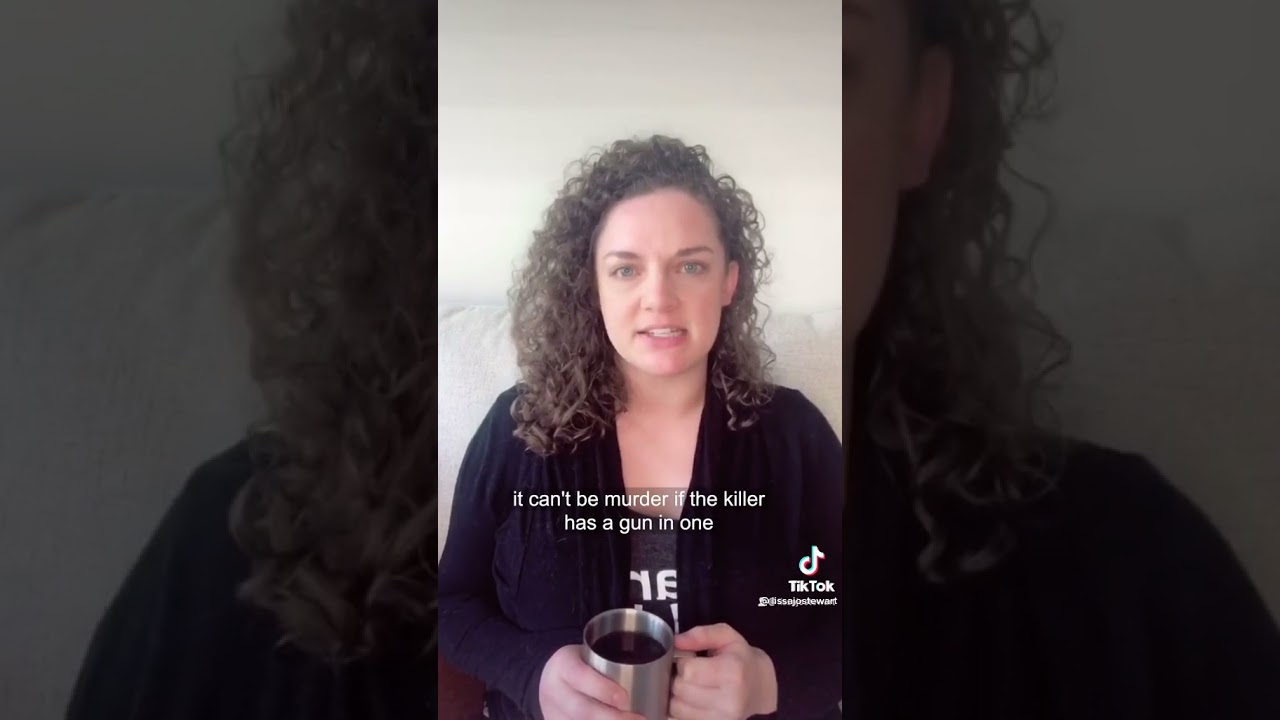 At times, Black people are suffering from the brutality of the Minneapolis police officers, Republicans are still trying not to extend their support for the “George Floyd Justice in Policing Act.”

This delay of legislation by Senate Republicans, due to the filibuster, is further endangering the lives of my community. The concept of racialized policing also needs to end on an urgent basis, and Democrats must pursue this to include provisions regarding racial policing efforts of American police officers in general, and Minneapolis police officers in particular.

Perhaps if Republicans are not responding to the Democrats’ call for police reforms, it is time for President Biden to exercise his executive authority and sign a series of executive orders to save people of color.

If President Trump can afford a government lockdown for a mere cause of building a Mexico wall, President Joe Biden should also take extreme measures to make sure that racialized policing is ended in the U.S.

Being the president elected from the votes of Black people, Joe Biden must sign immediate orders issuing federal guidelines on the use of force against people of color.

This time, any generalized announcements and delaying tactics will not work at all. It is the need of the hour that specific punishments must be enacted through executive orders against police officers killing people of color so that justice may be served.

Perhaps this is the time that qualified immunity is taken away from the police officers with the executive orders so that Republicans can presume that Democrats mean business.

It is also a time for Biden to implement his campaign promise of making a U.S. police oversight commission, which he pledged during his election campaign but later on refused to appoint one after winning the elections.

Seeing a stranglehold from all sides simultaneously, the Black community faces an existential crisis in the United States.

Be it the voter suppression techniques and the regressive police practices of racialized policing, Black Americans are on the receiving end, portraying the dominance of racism in the country.

While we seek justice for Daunte Wright, envisioning no other incident of this type will be an over-optimistic approach. May Daunte Wright’s soul rest in peace along with all the Black Americans who took bullets on their body, faced chokeholds, and were exposed to various cruelties by the uniformed terrorists.

While my heart bleeds for the cruelties faces by my community, I recall the famous song by N.W.A. saying,

“Fuck the police comin’ straight from the underground

A Young nigga got it bad ’cause I’m brown

And not the other color so police think

They have the authority to kill a minority.” 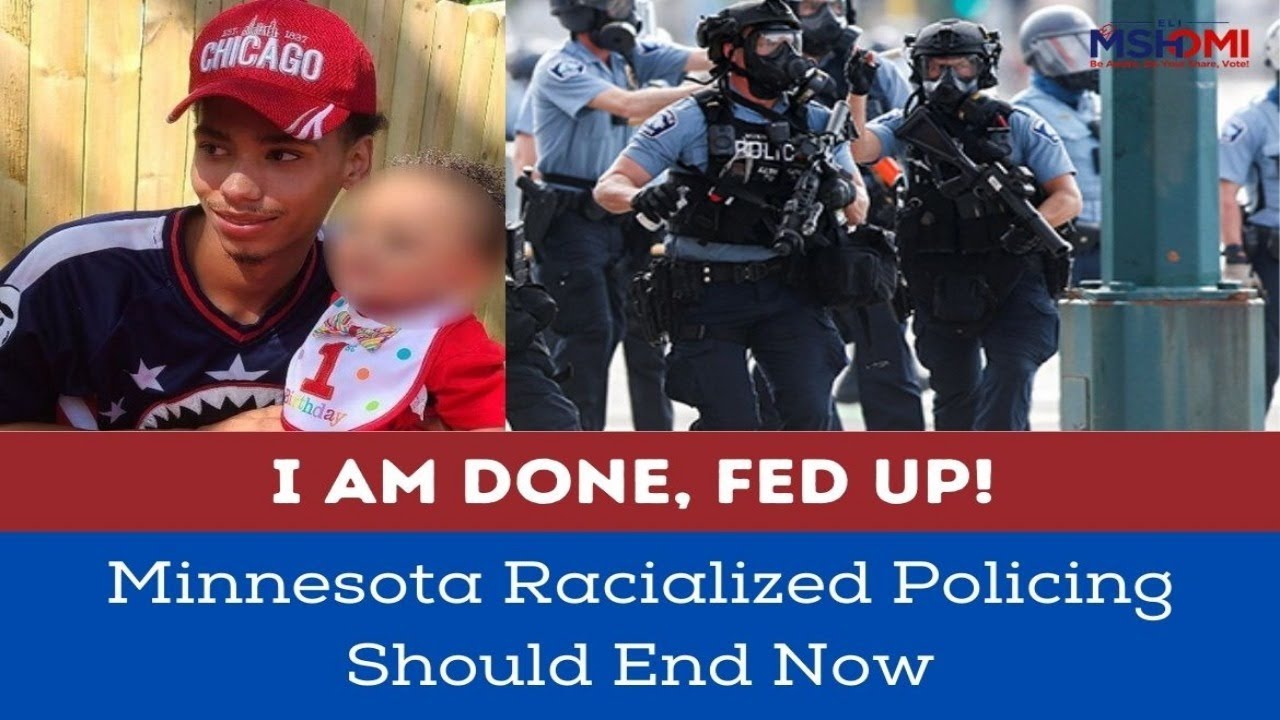 Vaccine Apartheid: The Darkest Side of Human Intelligence Exposed in Pandemic