Home US Election Electoral College Pros and Cons: Will it ever be reformed?
US Election

Electoral College Pros and Cons: Will it ever be reformed?

The debate on electoral college pros and cons is not new and Electoral College Pros and Cons are very diverse. While it gives voice to the smaller states, it can also negate the concept of the popular vote.

How would it feel if someone becomes the President of the USA while losing the popular vote against his opponent? This happened in the US presidential elections of 2016 when Donald Trump got almost 2.8 million fewer votes than Hillary Clinton, yet he managed to win the White House by 74 electoral votes.

This was not the first incident of its type. John Quincy Adams, Rutherford B. Hayes, Benjamin Harrison, and George W Bush also managed to win the presidency despite losing the popular vote. In the United States electoral college system, there are 538 electors in total.

Pros of the Electoral College

A voice to the neglected states and cities

Imagine a system of the popular vote where all the nominees are busy investing their energies in the more populated areas. This can result in negligence towards the least populated regions and states.

Political parties can be so sure that investing the resources in the concentrated states can win them the election easily. However, this is where the electoral college comes into play.

Now, political parties know very well that if they neglect a specific city or any state, that entity can vote against them, which can ultimately cause them to lose all the votes of the states. Hence, small states do have a voice in electing the president of the United States.

It helps nominees in shaping their campaign

So, typically, the Democrats will invest their energies campaigning in the blue states to secure the confirmed votes. For instance, since 1992, California has been a blue state, with nearly 43% of the registered voters voting for Democrats and only 23% voting for Republicans. Similarly, New Jersey, New York, Maryland, and Washington are also blue states and are usually considered safe for the Democrats.

On the other hand, a Republican candidate can expect a favorable result from the red states like Idaho, Wyoming, North Dakota, South Dakota, Montana, Utah, Kansas, Oklahoma, and Nebraska. It means that candidates can have a rough estimate about their secure electoral votes and direct their campaign energies to the contested and swing states.

Not every vote matters

You must have heard that every vote matter in a democracy. However, this may not be the case in the electoral college. Take the example of California, for instance, having 55 electoral votes. Imagine a party winning 28 votes, and the other party winning 27 votes out of those 55.

Now, with the electoral college in action, all the 55 votes will go to the party winning 28 votes. It means that even those who voted against a specific presidential candidate will be voting for the nominee of the majority party at the end of the day.

Electoral College- A negation of the popular vote

One of the biggest disadvantages of using the electoral vote is that it negates the popular vote. So, a person can become the President even after getting a lower number of votes in total.

Republican-based Donald Trump is the classic example in this regard, as he lost the popular election by 2.8 million votes, yet he managed to win the White House by a whopping margin of 74 electoral votes. Not only this, but four other Presidents have also won the presidency despite losing the popular vote.

Why will candidates invest their time and money in the smaller states when they can get the presidency by winning the bigger states? This is the reason why the candidates focus on states like California, New York, Texas, and Florida. Any candidate winning these four states will get 151 votes in total.

On the other hand, a candidate will only get 31 electoral votes if he wins eight states, including North Dakota, South Dakota. Montana, Wyoming, Vermont, New Hampshire, Connecticut, and West Virginia. So, at the time of the presidential elections, not all the states have an equal voice, which is one of the significant disadvantages of the electoral college.

Will the Electoral College ever be reformed?

Although this system has been criticized severely by political watchdogs, no significant effort has been made in recent times to promote the popular vote, or to give voice to those whose votes get neglected due to the systematic loopholes. Perhaps a fair balance between the popular vote and the electoral college is the answer to most of the questions which can give voice to the neglected ones. 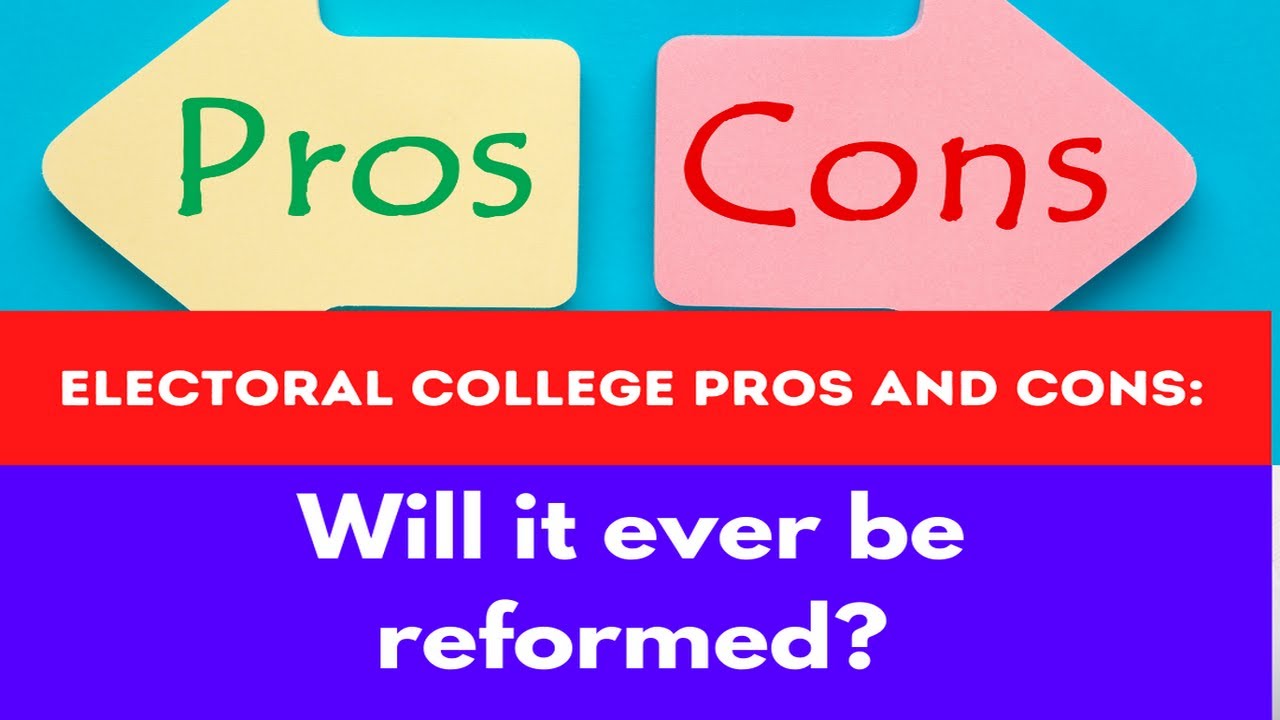 Electoral college vs popular vote: 5 presidents who won the White House despite losing the popular vote

Voter suppression in US elections: How are suppressors sabotaging the right to vote of the Americans?