Home US Politics QAnon: The Overhanging Sword on the United States
US Politics

QAnon: The Overhanging Sword on the United States

The rise of right-wing populism in the United States became even more aggravated in the Trump era when radical groups like QAnon and Proud Boys were encouraged from the White House.

While these groups, undoubtedly, raised concerns of the many watchdogs, a proper control on them still remains a pipe dream.

The pinnacle of Trump’s “stop the steal” claims came in the form of attacking the US Congress. But the primary actors behind him that encouraged him to take such an extreme action remain the white supremacist institutions and the conspiracy theories groups that continued promoting false narratives.

Chief among those is QAnon, which has been brainwashing American minds for quite a long time. Their political influence shows that its ideology even inspires Republican politicians.

A group that came into the limelight in 2017, although later banned from social media outlets, QAnon continued garnering support from the most powerful circles of the country, the civil society.

What are the origins of QAnon, and how omnipresent is this group? Let’s have a look.

2017: A Dark Year with Trump’s Inauguration and Qanon’s Arrival:

The origins of QAnon can be traced back to 2017. The group got traction when the pizzagate conspiracy theory went viral when it was published on 4chan, an anonymous imageboard.

From November 2017, these conspiracy theorists started creating YouTube videos, a Reddit community, and a business chain, mostly about fake news. “Q” was the pseudonym of a former high-ranking military officer who is believed to be involved in the founding of this group.

An anonymous user signed up as “Q” on different social media platforms in 2017 and posted a series of messages in encrypted language with pledges, slogans, and pro-Trump themes. This kicked off the era of the popularity of this group.

The theories started becoming famous under the name of QAnon or Q drops and ultimately attracted the attention of mainstream media and Trump rallies.

The social media posts of QAnon supporters used the hashtag “WWG1WGA,” which means, “Where We Go One, We Go All.”

QAnon: A Service to the United States?

If we go by QAnon’s official narrative, their real purpose is to serve the United States. However, it remains a widespread reality that they portray Donald Trump as a savior of the United States, just like evangelical Christians presented him as a hero in the 2016 presidential race.

It is also a perception that the propagators of these theories portray fake news to run their business model, and earn money by spreading these theories on YouTube and other social media platforms.

These theories were amplified by Russian-based troll accounts and state-backed traditional media to tarnish the popularity of Democrats.

While many people think that no one would believe such nonsense

conspiracy theories that portray Democrats as child abusers and the drinkers of children’s blood, these theories are actually supported by a large mass of people.

Surprisingly, scores of people not only in America but across the globe are believing these baseless conspiracies.

This following even increased during the pandemic, which sparked the reaction from the social media giants.

A page on the message board Reddit also witnessed a dramatic increase in its popularity in recent months. On this page, people usually post about their family members becoming a part of QAnon, and surprisingly, a lot of them are senior citizens, parents, and even grandparents.

QAnon: The Overhanging Sword on the United States

The dangerous thing about QAnon is their large-scale following and possession of all the ingredients for intense violence.

QAnon has members in Congress in the form of Majorie Green and Lauren Boebert, who have openly supported QAnon’s theories.

Having members of such a cult in Congress is a dangerous thing for the country, as it can shape the policies according to conspiracy beliefs.

For many people, supporting QAnon conspiracy theories are the only reason to live, as shown by their unconditional support of the group.

If the business goes as usual, the group can see a spike in support, and the United States can be hijacked by these fanatics who are ready to spread fake news at the expense of the country’s peace.

The shape of violence is changing in today’s world, and misleading the masses is even worse than physical violence.

QAnon is doing exactly this same thing, and bringing them to justice has become the utmost priority of the political watchdogs.

Until now, older people have been supporting this group; however, if this threat remains unattended, younger people and children can also become vulnerable to their conspiracy theories.

There is a dire need for the government to start making counter-narratives against these groups, as only then will the threat receive the deserved treatment.

Otherwise, this group will become an even harder nut to crack than the other challenges hindering the path forward of the United States. 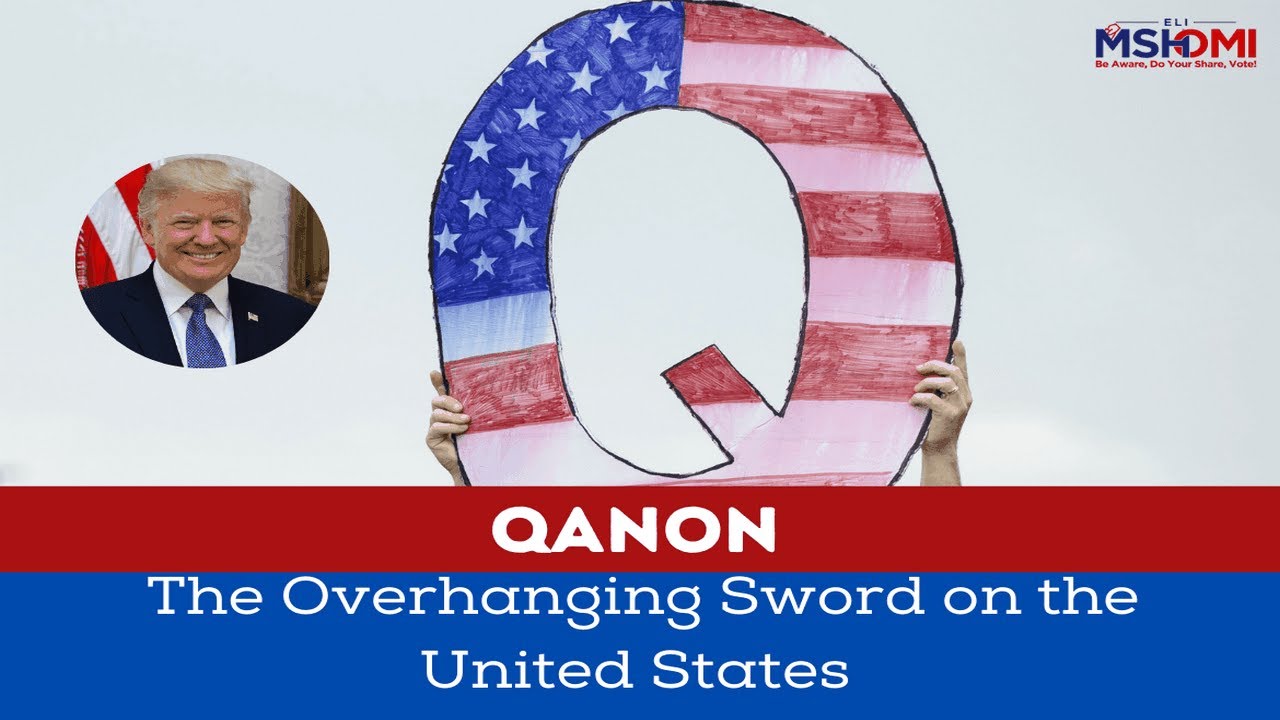 Use of Force by Police: American Police Stand...

Poor Police Accountability in the US: Weaponed Men...

Chronic Labor Shortage in the USA: Republicans to...