JUSTICE SERVED TO GEORGE FLOYD! But the Police Nonsense Prevails

“I would like personally to say a big thanks to the Attorney General of Minnesota, Keith Ellison, for diligently handling the George Floyd case. By portraying that Black Lives Matter and no one is above the law. Without his efforts, America would be burning right now “

Finally, the murderer of George Floyd is not free anymore. As the jury decided the fate of the alleged officer Derek Chauvin, he is convicted for all three sentences against him, including second and third-degree murder, as well as second-degree manslaughter.

While some people believe that justice has been served, however, the arguments of the police officers have raised many eyebrows for the way these police officers think against people of color.

Fortunately, the incident was clearly recorded by a bystander. Had it not been the case, the convicted police officer was undoubtedly going to get acquitted.

As the world was celebrating the George Floyd justice, a Black teenager in Columbus, Ohio, was murdered by police brutality.

Perhaps the police all over the United States need to readdress the way they train their officers so that they can understand that making an arrest instead of shooting the accused should be the top priority.

Even though the murdered teenager had a knife in her hand, police should keep in mind that better strategies need to be incorporated in the policing practices so that no life is wasted.

This incident shows that despite the George Floyd justice, the attitude of the police officers toward people of color remains the same.

How did the police officers and the defense lawyer of Derek Chauvin try to defend the nonsense, and what gave unprecedented authority to these police officers? Will this decision verdict help in the protection of the minorities in the state of Minnesota? Let’s see.

Despite kneeling down on George Floyd for almost nine minutes, the misery of the police officers of Minnesota is evident from their own words,

“Officers were able to get the suspect (George Floyd) into handcuffs and noted he appeared to be suffering medical distress.”

What an irony it is. George Floyd was seen in the video muttering “I can’t breathe, officer,” during the whole episode of the chokehold.

Still, the attitude of the police officers deserves nothing but pity.

The Minnesota police did not rest their case here. The police also argued,

“Man dies during a medical incident during a police interaction.”

Had it not been for the video footage, the case of George Floyd was going to be one of the other cases of police brutality that did not get justice at the end of the day.

The defense lawyer of Derek Chauvin also walked along the same line, providing no rational argument.

As the lawyer labeled the convicted police officer as a “responsible officer,” irony dies a thousand deaths.

“In this case, the totality of the circumstances that were known to a reasonable police officer in the precise moment the force was used demonstrates that this was an authorized use of force.”

Connecting the dots, the statements of Chauvin’s defense team contradict each other.

While, on the one hand, police officers relied on accusing the medical cause of death, Chauvin’s defense team emphasized the police officers’ authority to kill.

The conviction will be mentioned in the history books as one of the decisions that can change the working of the Minnesota police in a big way.

Now, police officers will think a thousand times before using force on the suspect, especially on people of color.

As any Supreme Court ruling is also applicable to the cases that followed, police officers will obey a sense of respect for the suspect. 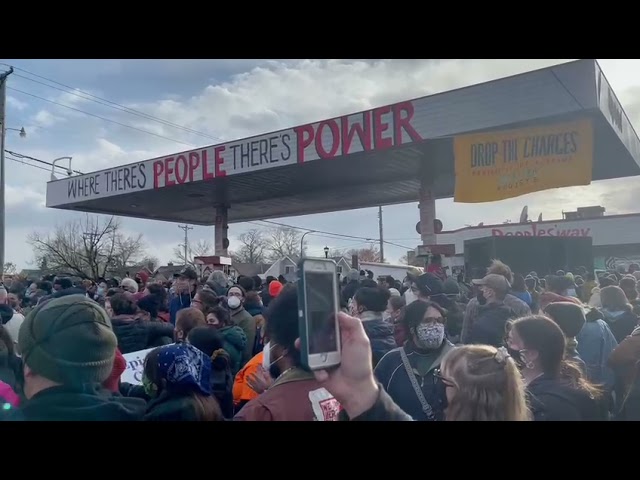 Graham vs. Connor Case of 1989: A Verdict which Empowered Violent Police Officers

Providing justice to the late George Floyd remains the primary motive of the masses since his brutal murder on May 25, 2020.

During the entire trial, the team defending the murderer police officer had no other option to talk on other than claiming that a police officer has a right to kill civilians in case they need it.

Relying on the verdict of Graham vs. Connor of 1989, the Supreme Court allowed the excessive use of force to police officers based on the “objectively reasonable” standards in the Constitution of the United States.

This amendment allowed the courts to put themselves in the police officer’s shoes and scrutinize the circumstances that forced them to use force against the murdered individuals.

Even following this logic and seeing the video proof, the police officer Derek Chauvin was nowhere threatened by George Floyd, who was present on the spot without any weapon at the scene.

Nowhere in the clip could he be seen resisting and trying to fight with the police officer, which indicated that even by applying the Graham vs. Connor case, the act was not defendable at all.

However, this act of the Supreme Court has paved the way for police brutality, the likes of which can be seen in the George Floyd incident.

Having this case in their favor, the police officers had the license to kill people, saying every time that they were in danger from the murdered.

Interestingly, the George Floyd incident is recorded on camera, portraying that the police officer was in no way in danger, and not overruling this case would just create a mess.

Probably, it is time for the Supreme Court to declare this ruling as null and void as soon as possible, or else the country can see other similar instances where the lawyers can try to defend a straightforward murder in front of the whole country.

Any option not to declare it null and void can result in further violence from the police officers, giving them ultimate authority to kill the unarmed individuals.

In dire need, the police officers must consider the suspect as a human being and not an object.

Some people believe that this is a popular decision from the court to save the United States from another series of protests.

However, be it the popular decision or the decisions based on the evidence, it should set a precedence for the police officers that unnecessary force is not allowed, even in the worst possible scenarios.

Joe Biden and Kamala Harris called Floyd’s family in the aftermath of the verdict, showing a sense of relief and extending their hope for the start of a new era. Now all eyes are on Biden at this time to take sweeping actions against police brutality, which has hindered human rights for too long.

Unsung Heroes! Officers who Preferred “Death before Dishonor” from Trump