Home US Politics Italygate Conspiracy Theory: Playing a Pro-Trump Republican is Nothing but a Joke
US Politics

Italygate Conspiracy Theory: Playing a Pro-Trump Republican is Nothing but a Joke

Conspiracy theories emerging out of the Trump-led White House are not a strange event. But, amidst the whole lot of these theories coming out in the election session, the theory named “Italygate” wins the show.

This Italygate theory has affected the official ranks as well, as the staff of former President Donald Trump is pressuring the Department of Justice to investigate these claims.

Even the likes of Rudy Guiliani, Trump’s personal lawyer, claimed that this fraud impacted the elections in New Mexico, while Mark Meadows, Trump’s Chief of Staff, pushed the DOJ to investigate these claims.

The encouragement of these conspiracy theories depicts the part of a Republican culture where the president himself sponsored a score of such theories from the platforms of Qanon and others.

The shocking part of this episode is that these claims were supported by the government’s highest officials, those that ruled the most powerful country in the world.

Attorney General Jeffrey Rosen received a chunk of emails during December and January to investigate the elections based on these conspiracy theories.

Trump wanted to orchestrate a plan to fire the acting Attorney General and replace him with a loyalist in the bureaucratic shuffle, but he ran out of time before facing a historical second impeachment trial for allegedly provoking a mob to attack the US Congress.

Italygate: A Smaller Part of the Republicans’ Conspiracy Culture

Ignoring the most anticipated Russian influence in the subsequent presidential elections in the United States, Trump-led Republicans preferred to feed the rumors that the satellites can change votes.

This is not a surprising theory, considering that his supporters claimed that he would be reinstalled as a president by March 4, a theory that failed miserably.

According to the Italygate conspiracy theory, the United States presidential election was rigged using military satellites from Italy.

The unfounded claims do not end here. According to the pro-Italygate conspirators, the United States Embassy in Rome controlled the devices to switch votes of Donald Trump to Biden with the help of the company named Leonardo.

While tracking the roots of this conspiracy theory, the name of Bradley Johnson pops up. This former station chief of the Central Intelligence Agency promoted the same types of stories regarding Germany, which are the epicenter of the Italygate theory.

Johnson promoted Italygate through a YouTube video where he claimed that the stolen data from the voting machines in Germany was sent to Rome.

After manipulating this data using the military satellites of Italy, this data was sent back to the United States.

Claudio Graziano: Bradley Johnson cliamed in his video that he is the board of director if the firm who was involved in the Italygate conspiracy. But he is not even in the board of members of the said company

Fact Check: This Theory is as Useless as Unfounded Election Fraud Claims:

Bradley Johnson claimed in his video that employees of Leonardo company, namely, Arturo D’elia, Antonio Rossi, and General Graziano, were arrested by the Italian police over their role in influencing the United States presidential race.

However, a bit of fact checks completely debunks the whole claims of the conspirator.

The two employees were arrested for hacking 94 computers, of which 34 contained data on Europe’s unmanned fighter jet program and other confidential information. Most importantly, the arrest took place before the 2020 Presidential elections.

The 108-page arrest warrant has no mention of any involvement in the presidential race of the United States.

Further debunking the conspiracy, D’elia left the Leonardo company in 2017 and has not worked with the company ever since.

Not only this but General Claudio Graziano is not listed as a member of the Board of Directors of Leonardo, as claimed by Johnson.

These claims largely ignore the fact that votes were also counted manually in several polling stations to confirm the election results.

A week-long statewide audit of the votes was conducted in Georgia affirming the narrow victory of Joe Biden.

The pro-Italygate conspirators hyped about a raid in Germany, a claim which the United States army has strongly denied.

Putting the final nail in the coffin in Brad Johnson’s claims, the company whose servers were allegedly seized during the raids in Germany does not even have servers in the country.

Johnson also claimed that Italian News Media covered this story, while there is no sign of any such story on the news feed of Associated Press, Reuters, Sky News, or any other Italian and international media outlet.

All these blatant lies are a part of the bigger conspiracy by Trump, who is dreaming of being president by August once again, as said by himself.

However, like his other conspiracies of election fraud, this one will also bite the dust soon. 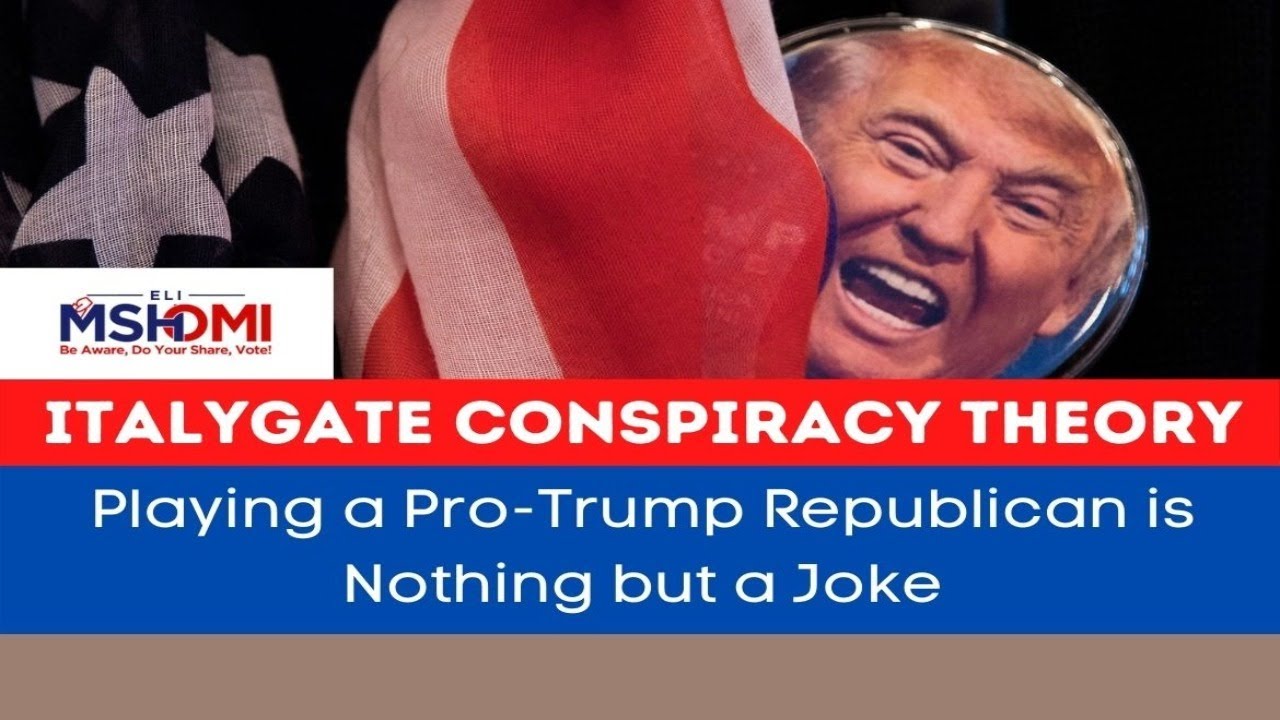