While rebutting President Joe Biden’s Congressional speech, the only black GOP Senator, Tim Scott from South Carolina, denounced racism in America, saying, “America is not a racist country,” but this myth remains far from true to date.

Despite pointing out racist incidents against himself, the tone regarding the absence of racism in America was an over-optimistic approach.

On the following day, Vice President Kamala Harris endorsed the anti-racism statement of Tim Scott, portraying the notion of the absence of racism in America. To fuel the fire, Joe Biden also said that he does not think that America is a racist country.

The president, vice president, and the GOP senator seem to be alienated from the fundamental realities. If they are unable to face discrimination or see the masses suffer due to the silver spoon in their mouths, it portrays the privilege they enjoy and not the absence of racism in our country.

In an enslaved society, Kamala Harris is like house slaves, who were more privileged than the field hands in the slavery-driven America of the past. Being a house slave, Harris is alienated from the misery of the other Black Americans as she finds everything sorted out.

This negligence is, in fact, making the matter even worse, as the first step in tackling the problem is the acceptance of the problem itself, and these types of statements from the highest offices suggest that the president and vice president do not care about the sentiments of the Black Americans, who are on the receiving end of racial purity and white supremacy.

While Biden has numerously said that white supremacy is dangerous to the United States, his claim about America not being a racist country has exposed so many things about the way the president thinks about Black people.

If President Biden remains all talk and no action, it is only a matter of time that he could lose the midterm elections quite single-handedly, resulting in losing Congressional control before losing the presidency in 2024.

Joe Biden and Kamala Harris: The Racist President and Vice President who said America is not a racist country

Joe Biden Must Find the Racist Individuals in his Ranks: He and his VP are two of them

When it comes to taking action, Joe Biden is unable to devise a practical strategy to eliminate discrimination from the social fabric of the country.

The president has not signed any executive order against white supremacy, nor has he pushed Congress for signing the proposed bills into law. The only thing he is good at is delivering the speeches standing behind the podium.

If the killing of George Floyd, Daunte Wright, and hundreds of other Black Americans is not racism, what exactly is systematic racism?

If leaving the white driver in the suburb of Minnesota despite him attacking the cop is not an example of white supremacy, which actions do qualify as white supremacy?

Recently a video went viral of a parent trying to explain systematic racism in the school meeting in Florida, saying that she would not want her kids to learn the critical race theory in the schools.

In response to the video, the Florida governor called the idea of systematic racism “a bunch of horse manure.” These statements from the governor labeling the whole idea of racism as manure is a racist move in itself.

Nevertheless, the governor would never want to accept his failure to stop systematic racism in his state. Instead, criticizing the protesters of racism is an anticipated but sorrowful approach.

As Black Americans, Harris and Tim Scott’s complete remarks portrayed racism in America. Both of them oversimplified the happenings and declared America as a non-racist country.

Harris has often claimed of having faced difficulties as a Black American, while Scott’s comments of being pulled over at least twenty times by police as a Black American himself depicts the systematic racism embedded in the social infrastructure.

If escaping this situation is not possible on such a higher level, they should have known better about the sufferings of an

average Black American, who has neither the facilities nor big names like them, instead of calling America not a racist country.

A demonstrator holds a flag during a protest against the death of 18-year-old Andres Guardado and racial injustice, in Compton, California, U.S., June 21, 2020. REUTERS/Ringo Chiu TPX IMAGES OF THE DAY

Systematic Racism in America: The Primary Problem of Black People in the United States

The prevailing racism in America is systematic in nature, with the institutions officially discriminating against Black Americans.

When we say that women earn lower wages than men, we certainly do not mean all women are paid less. Maybe some of them are well-paid compared to their male counterparts, but this does not force us to say that discrimination against women is absent.

Similarly, when we talk about domestic abuse, we do not mean that all men hit women, but the majority of them surely do, compared to women beating men.

Just like these two analogies, we cannot say that America is not a racist country just because some Black individuals, including Kamala Harris and Tim Scott, are living a blessed life. Certainly, most of the violent incidents directed against Black Americans as racism are embedded within the system. Biden and Harris need to recognize that America will remain a racist country until or unless this systematic racism is ended.

Now, owing to the presence of big data, it is also a reality that Black children are likely to attend schools having lower funding as compared to white children.

Obtaining a job as a Black American is also a challenge, along with acquiring a home loan. Not only this, but the data also suggests that maternal mortality and pregnancy complications are also more severe in the case of Black women than white women, not to mention the complications that Black people face while in the criminal justice system.

The concerning truth is that the statistics depict that, despite the notion of progressiveness in modern times, Black individuals are still facing the challenges that they faced in the previous century.

Black unemployment in 1968 was 6.7, which had increased to 7.5% in 2018. These are not just numbers, but a big question mark on the honesty of Vice President Kamala Harris, who claimed that America is not a racist country.

Nevertheless, these are just some of the statistics depicting the severity of racism in America, which some blessed individuals like Kamala Harris do not face.

Yes, all Americans are indeed running the same race. The only problem is that some of them face unnecessary obstacles in their way, while others often find their way sorted out even before their birth, just because their parents had White skin.

President Joe Biden and Kamala Harris do not seem to care about Black rights. Instead, they were focused on their elections, in which Black people played an unprecedented role. This is the reason why no such statement was made before the elections.

If this is the case, Black Americans would surely make their move soon by not extending their support to them anymore.

Having a silver spoon in their mouths, Kamala Harris and Joe Biden should gauge the severity of the issue as soon as possible.

With these statements, both of them have alienated themselves from the issues of the Black Americans.

Maybe it is time for them to retrospect the idea, embrace the discrimination, and work on it as now they cannot survive with talk only. 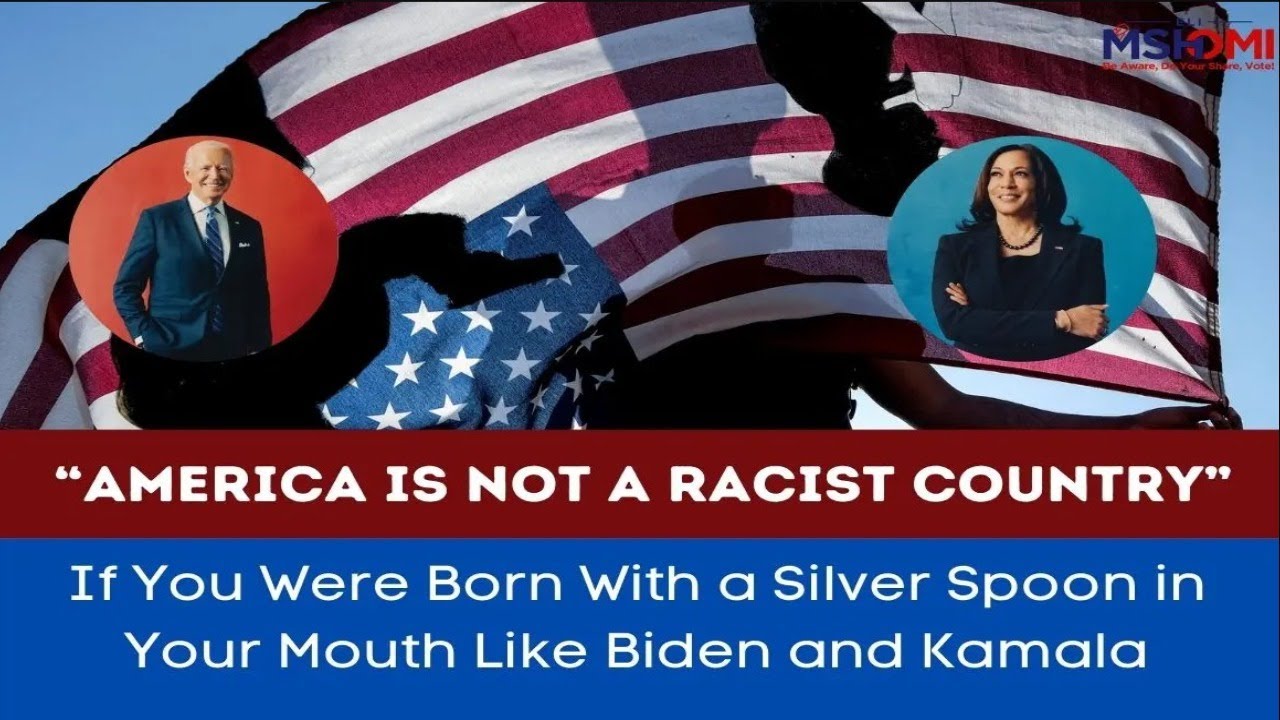