Home US Politics Unsung Heroes! Officers who Preferred “Death before Dishonor” from Trump
US Politics

Unsung Heroes! Officers who Preferred “Death before Dishonor” from Trump

During his presidency, Donald Trump never hesitated to fire people who went against his narrative.

There are countless examples in this regard. On the one hand, the Cybersecurity and Infrastructure Security Agency (CISA) director was fired for declaring the 2020 elections free and fair. On the other hand, the US Attorney General was forced to resign for his failure to disclose Hunter Biden’s matter before the elections.

In this regard, three people who deserve applause are Lt. Col. Alexander Vindman, Marie Yovanovitch, and Dr. Fiona Hill, who faced Trump’s brunt in the line of duty.

The common thing between them was that they were sincere in their professions and resisted Trump’s brutal designs.

Seeing their character certificate, President Biden can use their services in their respective domains so that the country can be blessed with honest officers.

Who are they, and where can Biden use their services? Let’s see.

Col alexander Vindman: Donald Trump fired him as he stood against Trump in the impeachment trial

During the first impeachment trial of former President Trump, Lt. Col. Alexander Vindman, one of the critical witnesses faced the music for standing against Donald Trump.

Col. Vindman had a promotion due in 2020, but many officials at the White House expressed their concerns over his promotion to a full-scale Colonel.

Col. Vindman worked in the White House as an expert in the National Security Council, dealing with Ukraine.

During the first impeachment trial of former President Donald Trump, Vindman testified about a call between Donald Trump and his Ukraine counterpart Volodymyr Zelenskiy, terming Trump’s conduct as inappropriate.

Vindman was ousted from his job in the White House after Trump was acquitted by the United States Senate, with the president saying that he was not satisfied with Vindman.

Obviously, the step was political in nature, having no rational basis. The lawyer of the Colonel said that Vindman had a choice between the country and pleasing the president, and he preferred the former.

After the trial, Vindman was bullied by the president and his associates, which compelled him to resign from the US Army, as his future within the institution became limited.

House Speaker Nancy Pelosi termed the firing of Vindman from the White House as shameful and a disgrace for the country.

Representative Adam Schiff, who was the leading prosecutor in the impeachment trial, wrote a letter to Vindman accepting his love for the country.

Vindman is a decorated veteran of the Iraq War, the son of a Russian immigrant. He always loved the United States and served the country faithfully throughout his career in the US Army.

The era of the changing dynamics of security has increased the demand for security advisors by manifolds.

Having diverse experience in national security, Vindaman can act as a game-changer for the Biden administration.

President Biden can also use his services to manage European affairs, as the increasing interconnectedness is imminent in the region due to vaccine diplomacy and Biden’s announced anti-BRI model with European cooperation.

Marie Yovanovitch: A Wall in Front of Trump for his Anti-Biden Designs
Advertisement

Former United States Ambassador to Ukraine Marie Yovanovitch was dismissed from her post for being disloyal to President Trump.

Ms. Yovanovitch, one of the top-tiered diplomats in the US, served thirty-three years in diplomatic services. She resisted the political pressure of the Trump administration, for which she paid the price.

As Donald Trump was pressurizing Ukraine to investigate Hunter Biden to undermine his political rival Joe Biden’s presidential campaign, Ms. Yovanovitch was the major roadblock of the Trump administration in the matter.

Her anti-corruption efforts were not welcomed by the influential Ukrainians having close ties in the Trump administration, including the former president’s personal lawyer, Rudy Giuliani.

She became the talk of the town when footage emerged in April 2018,  where President Trump was overheard saying, “Get rid of her,” referring to Ms. Yovanvitch during a dinner with a group of donors in the White House.

As she put resistance in Trump’s way for going against Biden while pressurizing Ukraine, it is time for Biden to consider using her services.

Doing so can also prove influential, as she has experience in foreign affairs, and considering the tightening relations of the US with Russia these days, her services will be nothing less than a blessing for the United States.

Dr. Fionna Hill: A women who was fired by Trump for testifying against him during the first impeachment trial

Dr. Fiona Hill served on some influential positions in the White House during Donald Trump’s presidency, including Deputy Secretary to the President and Senior Director for European and Russian Affairs.

She also became the victim of politics by Trump, as he dismissed her for testifying against him during the first impeachment trial.

Going by the Democratic narrative, she claimed that Russia was involved in the 2016 presidential elections, busting the myths that Trump sponsored during his tenure.

Going against Trump in these lines cost Dr. Hill her job. As she was the presidential advisor to Donald Trump and declined to compromise on her integrity, Joe Biden can use her services, having seen her character certificate.

Her addition to Biden’s team could result in increasing the efficacy of the administration, as she can provide her services in various domains.

Thinking outside the box is the solution for Biden to escape the persisting crises.

Providing these people with the opportunity of service will not be an emotional decision but a rational one.

There is no doubt that the Biden administration is the most diverse one in the history of the country right now; still, he can try to incorporate these men and women into it, owing to their past credentials and the needs of the country. 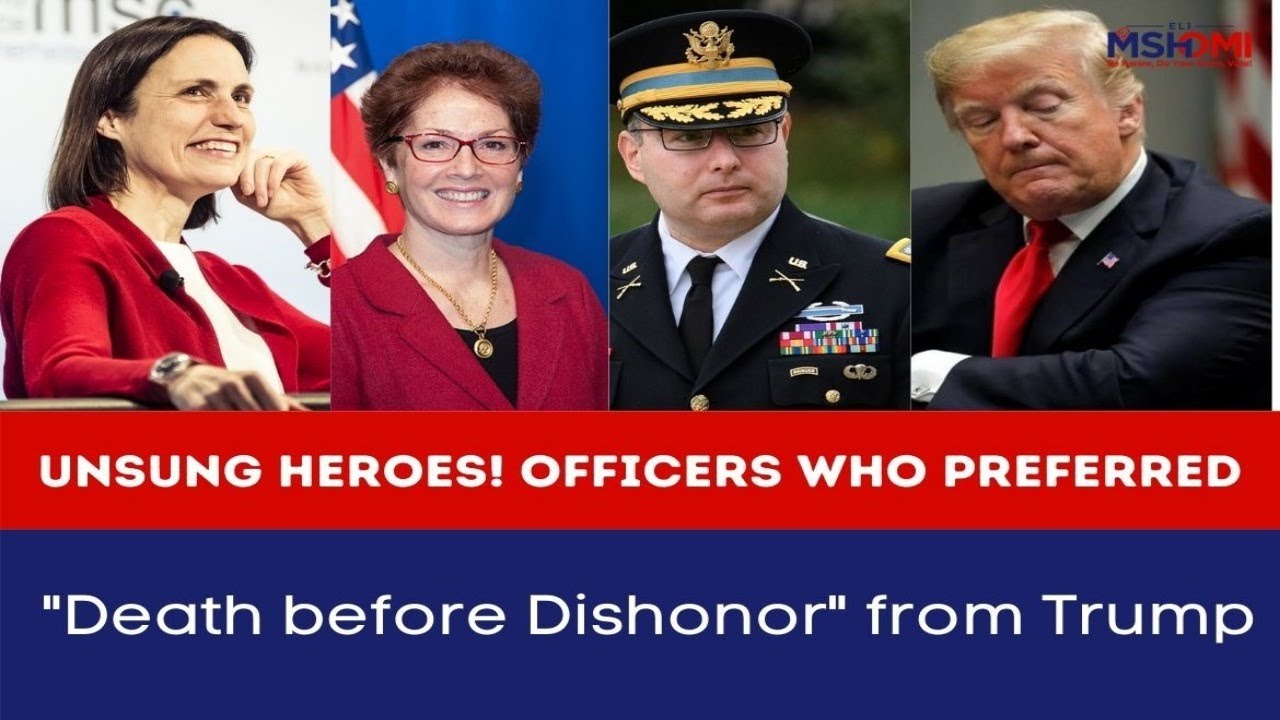 JUSTICE SERVED TO GEORGE FLOYD! But the Police Nonsense Prevails

Use of Force by Police: American Police Stand...

Poor Police Accountability in the US: Weaponed Men...

Chronic Labor Shortage in the USA: Republicans to...