Home US Politics Political Realignment in the US: A Sign of Utmost Worry for Biden
US Politics

Political Realignment in the US: A Sign of Utmost Worry for Biden

Political realignment, a theory regarding sharp shifts in the political well-wishes of the voters, is a prevailing phenomenon these days in the United States.

With the changing times, the changes in political ideologies, issues, party leadership, regional and demographic changes, and shifts in the power base of political parties are also regular phenomena, contributing to the country’s political realignment.

How has this political concept changed the dynamics of American politics lately, and what does the Biden administration need to learn from this developing pattern? Let’s see.

Political Realignment: A Recurring Phenomenon in the United States

The astonishing and unexpected victory of Donald Trump in the 2016 presidential election amazed many political analysts worldwide; the only reason for the sweeping victory was a political realignment.

The election of the first-ever Black president, Barack Obama, in 2008 was also one of the remarkable events of the first decade of the 21st century.

Despite so many controversies surrounding him in the advent of the 21st century, the reelection of George W. Bush in 2004 also seemed an extraordinary event.

All of them are examples of the political realignment in the United States in recent times.

The winning of two terms by Obama with significant majorities in Congress should have closed the book on decades of conservative politics and anti-government sentiments, but it did not.

In 2016 another Republican managed to defeat the Democratic nominee. Hillary Clinton to enter the White House.

The 2016 results were shocking for many, as not many political pundits predicted Trump’s win, but his “Make American Great Again” appealed to the masses, which ultimately translated into the election win for him.

The political realignment by the dominant white groups was the primary contributing factor in Donald Trump’s win, along with a hope for change in the masses.

However, as the events unfolded in the wake of Donald Trump’s win, the audience started realizing the severity of their mistake, resulting in his controversial one-term presidency.

Political realignment happens when a long-term social transformation, a crisis, and a right-wing leader converge to change the country’s landscape.

As the concepts of racism, aliens, white supremacy, voter suppression, and the nosediving economy gripped the country during Trump’s tenure, the rise of the liberal agenda by Joe Biden in the 2020 presidential campaign was nothing less than a blessing for the voters.

Following the political realignment once again, they started to support Biden, resulting in casting a historic number of votes in favor of the Democratic candidate.

Patterns of Political Realignment: A Sign of Danger for the Biden Administration

Political realignment is a recurring phenomenon in American history, as every once or twice, political parties take over others, introducing new hopes to the people.

Few leaders stand true to their campaign promises once elected, which is the reason for this recurrence.

For instance, despite being so vocal about oppression against the African Americans, Joe Biden’s approach to tackle the issue is not impressive, which can strain his relations with the Black community, ultimately pushing the Black Americans to observe political realignment in the next elections.

The oldest political realignment in the United States was the Civil War, which triggered a series of events and made the country as we see it today.

Another important thing about political realignment is that it sets the course of ideology upon which the country is governed. Had the Civil War unfolded differently, the prevailing circumstances would have been much different.

In the past century, there have been two major realignments that paved the way for the political scenario that we are witnessing today.

In 1932, Franklin D. Roosevelt and the Democrats came into power and dominated American politics until the late 60s.

Then again, in 1980, Ronald Reagan came into power, at the peak of the cold war, bringing Republicans into power and saving the drowning ship of the Republican Party. With Ronald Reagan, conservatism once again established its grip on the political institutions of the country.

These two realignments had several things in common. The first realignment is characterized by long-term demographic changes, immigration, and urbanization in the wake of the Great Depression crisis, while the second realignment was brought by suburbanization.

In 1992, Bill Clinton amazed the world by carrying some of the most concrete strongholds of the Republican Party. Clinton received the majority from both the Northeast and West Coast, which were considered deep red regions before Clinton turned them blue. California, the most reliable state of Republicans, was the most significant loss as Democrats carried it, opening new avenues for them.

In 2016, Donald Trump managed to gain popular vote from three so-called Blue Wall States, Pennsylvania, Wisconsin, and Michigan. These states had been voting for Democrats for the last ten years and were considered safe Democrat states.

The rise of the progressive faction and Bernie Sanders is also making the political realignment possible in the present Congress.

Political realignment is also a symbol of the presence of stagnation in the political spectrum of the country. If voters remain stuck to a specific political party for a long time, the concept of accountability dies itself, which is never an encouraging sign.

Seeing the patterns of this political realignment, it is also time for the Biden administration to realize the severity of the issue, or he will face the same consequences in the upcoming elections. 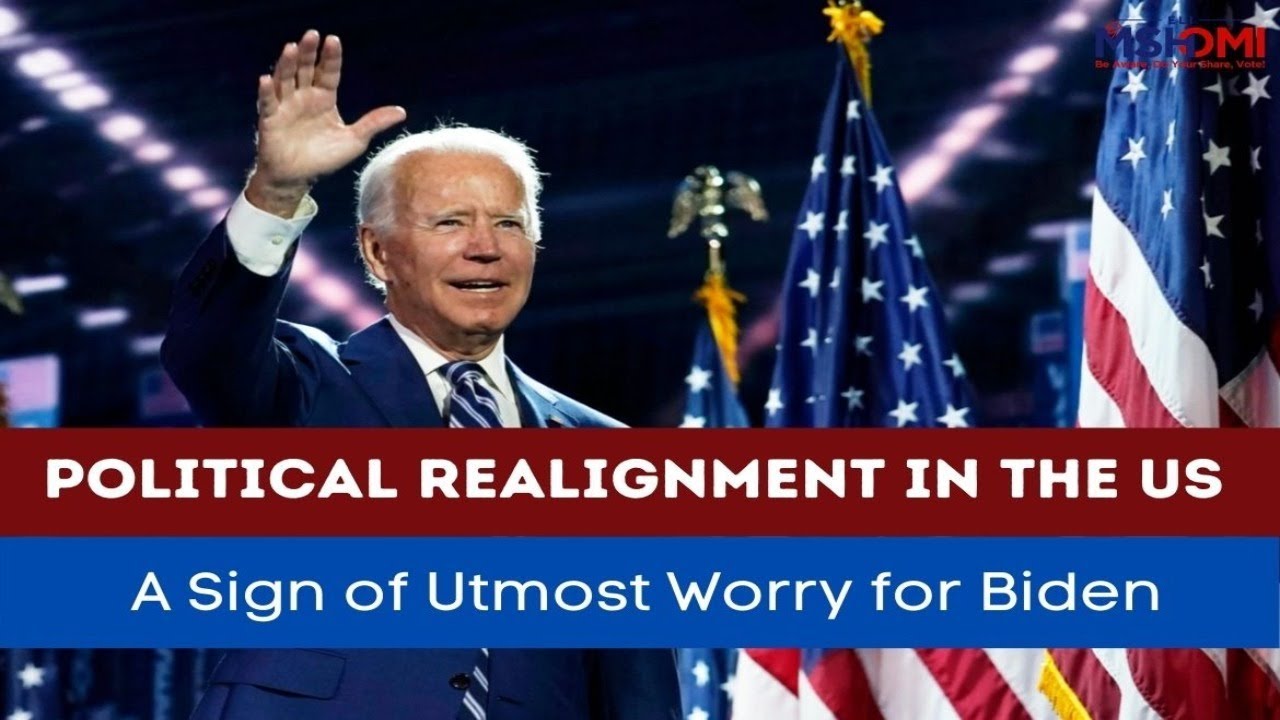 HR 40 Legislation: Let’s Nip the Evil of Racism in the Bud

Trump the Devil: Evangelicals the Conduit