In a bid to avoid a bailout package from the US Congress, the Postmaster General of the United States, Louis DeJoy, has proposed a strategic plan to revamp the postal services.

The Postmaster General, who is also a staunch supporter of former President Donald Trump, is finding it difficult to get along with the Democratic-dominated Congress, to which he is proposing a set of reforms that Congressional Democrats widely criticize.

The newly proposed postal service revamp plan would effectively increase the delivery time for first-class delivery standards and increase the price and cope with the financial crisis that the United States Postal Service (USPS) was facing for a long period.

The USPS-Democrats tussle is not new, as the Democrats criticized USPS in the wake of the record-breaking early voting before the 2020 presidential elections.

The ten-year strategic plan would close down some locations of the USPS as well. What is the latest reform plan, and why are Democrats opposing the plan? Let’s see.

As the primary motive of this postal service revamp plan remains cutting the operational costs, it is planning to change the way the institution works.

Under the proposed plan, most of the deliveries that were done by airplanes will be done by trucks now, making the delays inevitable.

Apart from that, road traffic is more prone to delays than air transit, which can make the system even slower.

As the plan is focused on generating more money, this plan aims to grab $44 billion from the pockets of Americans, increasing the revenue generation of the USPS.

Such a situation could make way for private postal service companies, and people may eventually completely forget about the USPS.

The compliance to any such plan may seem ambitious from the revenue generation point of view, but doing so can bring the institution to its knees. The first and foremost reason for this is that the competition from private postal services will increase to an unprecedented limit, and people will be focused on availing those services.

If these private institutions could provide faster and cheaper services, the whole concept of the USPS will become null and void, bringing the institution to a standstill.

Implementation of such a postal service revamp plan will increase the influence of TCS, UPS, FedEx, and DHL that will eventually erase the name of USPS from the market. Even the governmental institutions will have to shift towards these postal services to ensure quick and safe delivery.

“(The US Postmaster) has put forth a draconian plan that guarantees the death spiral of the United States Postal Service.”

The Postal Service revamp plan will eliminate at least $160 billion in the forecasted red ink, eventually slowing the delivery process, closing some of the locations, and cutting retail hours over the period of the next ten years.

Democratic leaders across the country have voiced their opinions regarding the proposed plan, as the service delivery is prominently compromised in the proposal.

While on the one hand, it will increase the delivery time of the posts, on the other, the customers will have to pay more. Adding insult to the injury, the office hours will be reduced, and some locations will be closed as well, making it difficult for Americans to use the service.

So, at the end of the day, people will have to pay more for deteriorated services.

Democrats are voicing their opinion along the same grounds, as Senator Alex Padilla criticized the plan.

Representative Carolyn Maloney, who chairs the committee overseeing USPS, believes that DeJoy’s plan aims to make slow deliveries permanent. According to her, this plan should not be implemented until Congress and the people of the United States have the opportunity to fully review it.

Postmaster General Louis DeJoy’s proposal for the revamp of the USPS also received a fair amount of criticism from House Speaker Nancy Pelosi. Speaker Pelosi added her concerns for the expensive and the delayed service of the USPS.

She has also signaled that the USPS will receive the funding it requires to run efficiently, bringing a twist to the whole story.

As the financial crisis mounts, USPS is currently losing at least $10 billion a year, and therefore needs urgent funding to fix the mess.

The postal service is also looking forward to the government providing them with a $60 billion relief package. While the Chair of the Board of Governors of the USPS, Ron Bloom, believes that Congress will accept the plan once they review it properly, the vehement decry of Democrats suggests otherwise.

While Democrats are blasting the plan proposed by the Postmaster General, Republicans, on the other hand, see it as an efficient proposal.

Republican Representative James Comer, a member of the committee overseeing the USPS, believes that Democrats should not play politics with the plan.

He also said that reforms are much needed for the stable functionality of the USPS.

The Postal Service officials believe that the Biden Administration should use modern actuarial principles to calculate the pension of the employees.

According to the Postal Service, using this principle will result in saving at least $12 billion from the pension fund.

The proposal was termed as a good start by the National Association of Letter Carriers. They believe that the discussion between Congress and Postal Service should continue until a feasible plan is finalized.

The USPS has recorded a net loss of around $87 billion since the crisis of 2007.

The financial crisis did not come overnight, as they mounted debt over the years to bring the situation where it is today.

Although the USPS is indeed in dire need of money, putting all the burden on the consumers’ pockets is never a sane approach.

The plan seems to be more political than a reformatory one. This is due to the fact that the USPS is currently run by Republicans.

The voices of the postal service revamp were already rising from the Democratic ranks, and Biden must act to revamp the USPS instead of entertaining these baseless plans that will further push the situation into chaos. 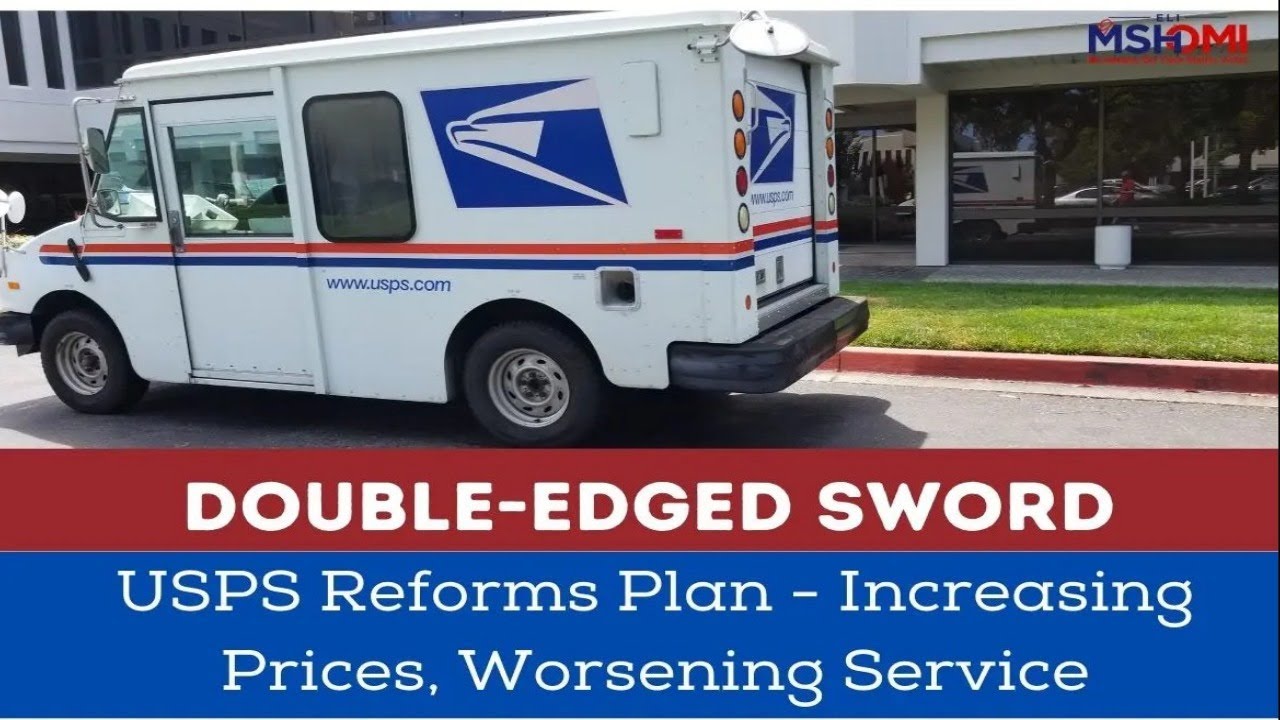 Party of Disenfranchisement: Republicans Introduce “Jim Crow in the 21st Century” in Georgia