The unparallel patterns of racially gentrified discrimination in the United States are continuously growing even in the twenty-first century.

While some of these discriminatory practices get popular attention, including police brutality and suppression of voter rights, others, like racial gentrification, often go overlooked.

Gentrification is a process of refining the neighborhood’s socio-economic situation, including higher investment in real estate and uplifting the standard of living in the previously torn area.

Communities of color are most vulnerable to this so-called development, as higher-income white families move to these gentrified neighborhoods, enhancing their displacements.

Pro-gentrification advocates often opine that this process is needed for the urban renewal process, but these discriminatory policies are just the beginning of the racial and ethnic cleansing.

Many would wonder how gentrification could be a problem if it is refining the poor neighborhoods? The answer to this question lies in simple facts that this process is racially driven, which often increases the cost of living in that specific neighborhood. People of color can’t afford them anymore due to the inherited problems of low income.

This increasing cost of living is not the only problem with the ongoing gentrification. Disturbing the composition of the Black community for political purposes and making people of color shift to the states having even less opportunity also concerns the civil rights advocates about this racial gentrification.

Let’s see how these gentrification efforts are disturbing the peace of the Black community.

Racial Gentrification: An Alarming Threat to People of Color

From 1990 to 2011, around 1400 Latino families in the Mission district San Francisco lost their homes. Meanwhile, the city’s Black population reduced by half in the same duration.

California is not the only state portraying racial gentrification in the United States. In fact, Philadelphia, Pennsylvania, is the national leader in this regard, with more and more people getting displaced with the developing patterns of societies.

Then comes Washington DC, where the unprecedented developments recently have forced a score of Black Americans to leave their residents to move to a rather “affordable place.”

Almost 111,000 African Americans had to be displaced due to the increasing impacts of racial gentrification between 2000 and 2013.

Perhaps this is also one of the reasons for the low house acquisition rates among Blacks and their lower incomes.

As gentrification brings development in the subjected neighborhood, a huge chunk of wealthy people migrates toward the area, resulting in increased rents.

As a fewer number of Black people have their own house in the United States compared to white individuals, they cannot afford the expensive housing anymore; hence, they mostly have no other option but to go to a lesser developed area.

Due to these practices, many Black residents are even compelled to leave their jobs because it becomes impossible for them to continue residing in the same city anymore.

The racial dynamics of gentrification are causing immense displeasure among the Black residents.

These tactics are the ingredients of the cultural invasion, where the Black culture is often disturbed by flooding too much investment in a neighborhood to make it unlivable for people of color.

The gentrification ignorants often portray that the US is a land of opportunities, so anyone playing fair could not be blamed for moving to any part of the country.

However, this onslaught of white flight to push for redlining directly endangers black communities’ mental peace.

Did Biden Really Care for Black Displacement, or Was it a Tactic to Win Black Votes?

During his presidential campaign in South Carolina, he said,

“We’re going to go after those people involved in gentrification.”

Better housing plans aided by the federal government are the need of the hour to stop the menace. Biden also promised to solve this crisis with his federally funded housing plan, as his plan promises to spend $640 billion in a span of ten years to solve this everlasting crisis of displacement.

However, many stakeholders believe that raising this critical issue was just a vote-winning tactic by Biden.

It’s about time that the federal government should intervene for a rather balanced and inclusive society.

For instance, prohibiting luxury developments in poor neighborhoods is one of the ways to save vulnerable populations.

Similarly, not increasing the property taxes of the low-income and elderly households can also encourage the strained communities not to leave their own residences.

President Biden is no alien from this ongoing onslaught. Stopping gentrification is one of his campaign promises, on which action is yet to be made.

Nonetheless, just like his other campaign promises, this one also awaits action.

Having any hope of getting this curse eliminated by Congress would be a pipe dream.

It’s about time that Democrats need to take this issue seriously, but yet another federally-funded plan is bound to face resistance in the highly divided Senate. 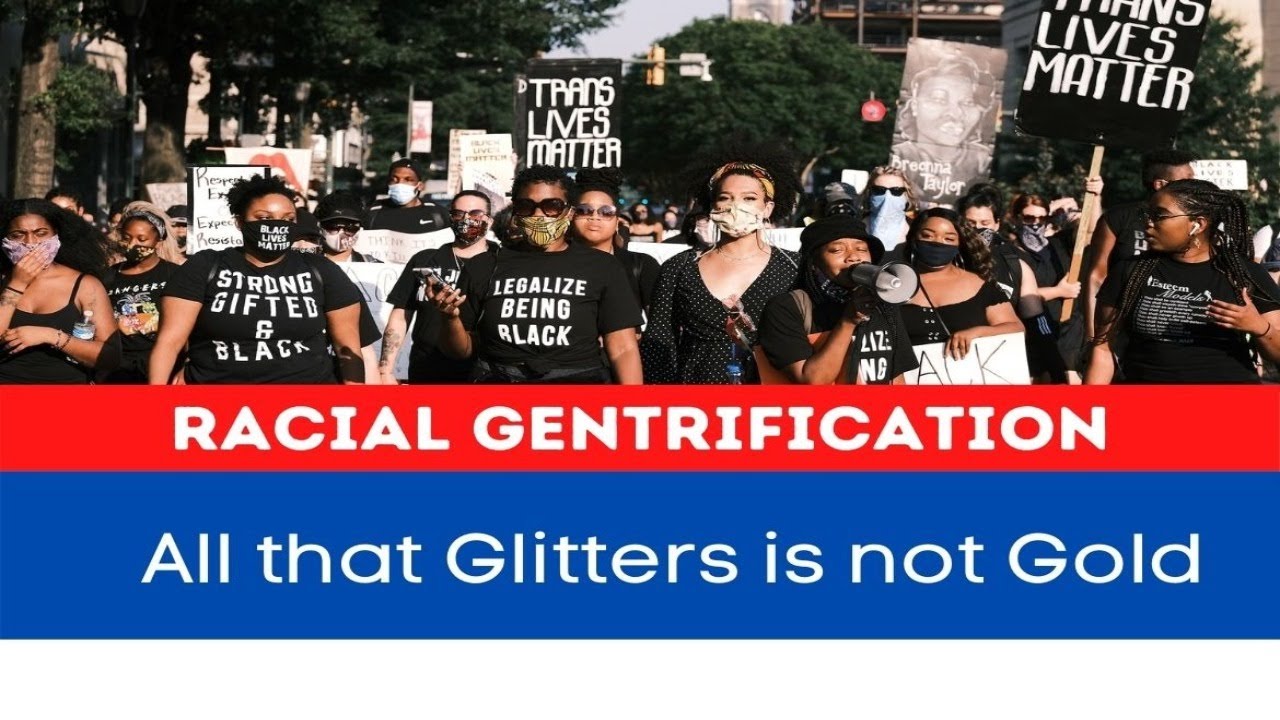