Minnesota Stealing Black’s Lunch: Blacks in Minnesota Always Get the Short End of the Stick

The racial job discrimination in Minnesota is far from over, even today. My personal experiences living as a Black American in this state decry the same story.

When I joined the Information Technology (IT) sector as a COBOL consultant in Y2K, we had a party on a cruise where we were served lunch.

As I lined up for food, another person assumed I was the bus driver due to my color, as not many Black people are encountered in the IT field in Minnesota.

Believing me to be a bus driver, he asked me, “How come you got lost?” Oh, the irony. Denigrating someone based on a color in a cruise ship where all the relevant IT professionals were partying was certainly a below-the-belt attack. However, it was just the beginning of my journey toward something even worse.

Fortunately, I was rescued by my project manager from the racist individual when she told him about my expertise as a senior consultant.

I was alienated by the pervasive discrimination embedded in the social structure of the United States, in general, and in Minnesota in particular.

Currently, Minneapolis, Minnesota, is the second-worst city related to jobs for Black Americans within the United States, owing to its racial discrimination in the labor market.

All of this is making Minneapolis and Minnesota the last choice for the Black Americans to live.

Thinking about the cruise incident, I thought it was an honest mistake. However, seeing the patterns developed since those times, I am now convinced that I was wrong.

Another irony happened with me in Target Corporation’s downtown Minneapolis location, where the GE consulting firm pays for the parking.

On the first day of the contract, I had to take the contract to the parking firm, and when I was lining up, a clerk came to me and said, “The parking attendant jobs are finished.”

Oh, the irony; the sense of racism hit me once again, as he perceived that Black Americans are only suitable for attendant jobs, portraying the sense of racial job discrimination in Minnesota.

Until this time, I compromised, thinking all of this was a mistake. However, the developing patterns of racism helped me understand the dynamics of racism targeted against me in all these times.

Then, a consulting firm came from Chicago to help us modernize legacy systems, a project I was a part of at Allianz.

Interestingly, the lead programmer on this assignment was a Black American. Seeing him, I was delighted that I could find Black Americans in a leadership role.

That is when I started realizing that probably it’s Minnesota which has the issue with Black Americans on highly paying IT Jobs as the racial job discrimination in Minnesota was omnipresent.

On a one fine afternoon, I was shocked, once again, to my core when I used to provide my consulting services in Medica.

As Medica has two buildings with a shared cafeteria in between, I saw vast traffic of Black Americans coming from the other building in which they were working.

Upon asking, I was told that the other building is customer service. While in my building, which was the home of the high-paid jobs, I was among only three Black Americans.

Seeing this, I understood that day the reason for the low median income of Black Americans compared to the white Americans.

When I recall these incidents and connect the dots, it is easy to conclude that in Minnesota, if you are a Black American, people assume among themselves that you belong to a lower social status.

It was a factual reality until even now that seeing Black Americans in high-paid jobs is nothing more than a pipe dream.

Seeing everything going on and working as one of the few individuals as a high-paid IT expert, I am forced to ask myself some questions.

Am I the smartest and the most intelligent Black American in Minnesota? Did I graduate from the best college? The answer to both these questions is undoubtedly a big “No.”

The median income of a Black family living in Twin Cities is a mere $38,178 compared to white families, which earn $84,459. This income disparity speaks volumes about the systematic designs of racial apathy in Minneapolis.

Only Milwaukee treats its Black people worse than Minneapolis. The disparities do not end here. The Black unemployment rate in Minneapolis was double that of whites in the pre-pandemic times.

Racial job discrimination in Minnesota is making matters worse in the other domains of life as well. Due to this low income, most Black Americans are unable to afford their own house in the country. This is the primary reason why only 33% of Black families own homes than 66% of white Americans.

Filtering Resumes of African Americans Out: A Possible Case in Minnesota

Seeing racial job discrimination in Minnesota against Black Americans in the high-paid jobs of IT, it seems that it is not an old phenomenon. Even today, only a few individuals can grab a high-paying IT job in the state.

The persisting trend of racial job discrimination in Minnesota in the highly paid services evinces there is probably a resume-filtering algorithm in most of the companies, filtering names such as Tyronne or Shaquana in it and throw their resumes out of consideration.

Probably, my name didn’t sound African American, which helped me land an excellent job in this racially driven state.

Racial job discrimination in Minnesota is an issue of severe concern for the Minnesota legislature and Governor Tim Walz, who needs to address this as early as possible.

It is in dire need that a statewide database must be built of all the Minnesota residents, along with their educational qualifications.

Once done, the state needs to review in retrospect the ratio of white Americans to Black Americans in highly paid jobs to safeguard the interests of the marginalized community.

The state of Minnesota can learn from underdeveloped countries, where marginalized people are assigned a specific job quota to end systematic persecution.

My stories in Minnesota are enough to make anybody feel the pain that Black people go through daily.

Even those Black Americans who somehow manage to get a high-paid job in the IT sector in Minessota are treated in a troublesome fashion.

The prejudice against Black Americans in the industry is so severe that it deserves its own article, as it is worse than your imaginations.

My personal experiences decry that the bias in the IT sector against Black Americans is far from over and needs to be addressed as soon as possible.

All of this discrimination, along with the police brutality, which is evident in Daunte Wright’s case is endangering the black community in Minnesota.

It is now or never that those occupying the signing authority take sweeping measures and eradicate this menace of racial filtering as soon as possible.

As Black Americans are still minimal in these highly paid jobs, all the prejudices against the people of color must end in the state. A meritocratic society can be built as envisioned by the founding fathers of the United States.

Otherwise, all the struggles to fight slavery and get the voting right for the people of color will be in vain. 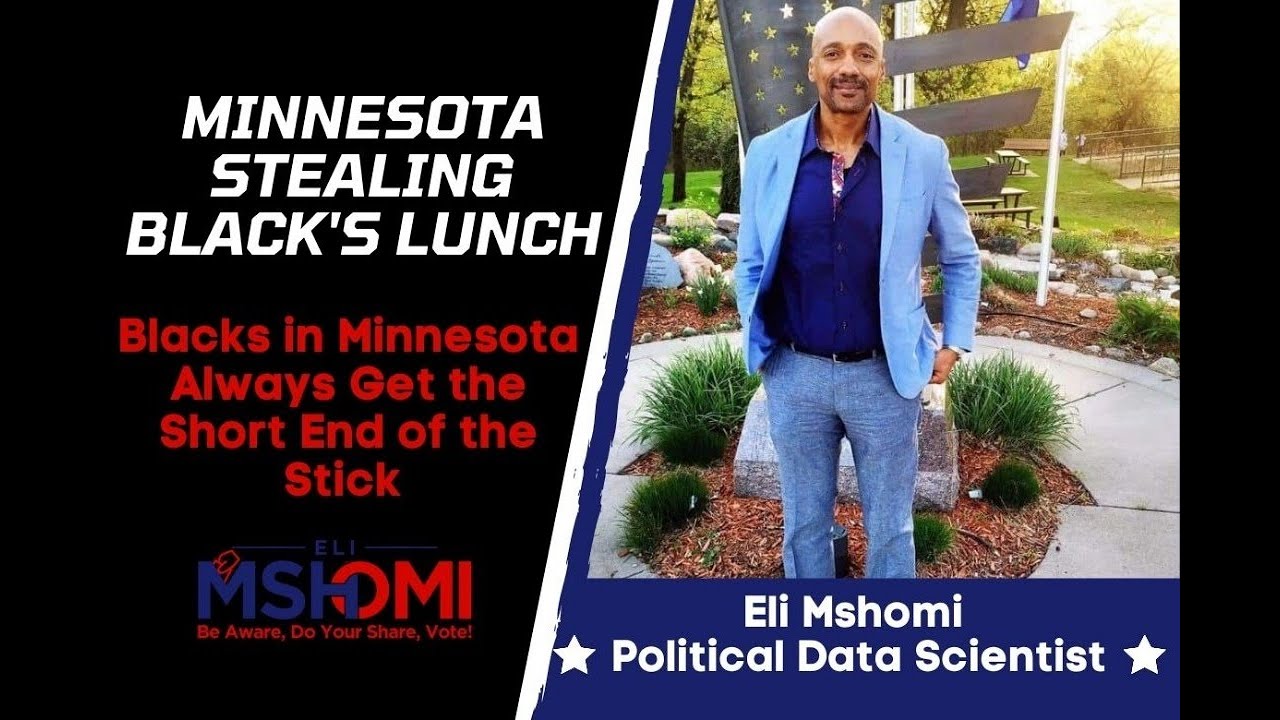