Home US Politics Gun Control: Republicans’ Preference of Guns Over Lives Despite Increased Shootings
US Politics

The lack of proper gun regulations in the United States cost me my son, as Thursday, October 10, 2013, rose with disturbing news for me. As it happened, my 23-years-old son named Timothy Mshomi killed himself with a gun he purchased online.

As the investigations unfolded, the police told me that the seller could not be arrested, as anyone without a criminal record can own a gun without any registration requirements.

Owing to the inadequate gun regulations, I lost my son, and the police had no clue about the vague laws regulating guns in the United States.

This is disturbing, as dangerous weapons like guns can be gifted from one to another without any registration requirement in a country where even a car has to be registered while giving it to somebody else.

I am not alone in this, as hundreds of thousands of other Americans are also suffering from the same misery where mass shootings have become a norm now. In the times of coronavirus, gun sales surged even further, with more people than ever buying guns for various reasons.

The recent wave of mass shootings has raised the eyebrows of lawmakers even further. In between March 16, 2021, to March 22, 2021, seven mass shootings happened in the US, specifically in Georgia, California, Oregon, Houston, Dallas, Philadelphia, and Colorado.

As Biden signaled he might take executive actions on gun control, will Democrats be able to control gun flow, or will Republicans once again be able to further the chaos in society? Let’s see.

Gun Regulations: The Latest Congressional Moves Amid an Upsurge in Mass Shootings

Once again, the recent wave of mass shootings is happening in the United States, which is raising the concerns of the Democrats to enact further gun regulations yet again. The seven latest mass shootings in the US include:

As the House of Representatives passes two laws to strengthen gun regulations in the United States, it is up to the Senate to make them laws or not.

However, considering the filibuster and the rigid approach of Republicans on the matter, it seems highly improbable that they will support any such legislation.

Executive Options: The Only Easy Way for Biden

Gun regulations remained near the top of Biden’s agenda during his presidential campaign. He was vocal about a ban on assault weapons and the expansion of background checks while selling the guns.

If the Senate fails to pass the legislation, which is a probable outcome, Biden would have no choice except executive action. Jen Psaki, Press Secretary of the White House, has already stated that the president is looking into all the legislative measures, including executive orders, to strengthen gun regulations in the United States.

Republicans have also accused Democrats of revoking the second amendment, which gives the right to Americans to possess weapons.

However, the bills would not curtail that right, as these proposed legislations would only expand the background checks when selling the guns, controlling gun shows, and online weapons purchase, alongside banning the assault weapons altogether.

While Republicans opine that the government should enhance policing instead of curtailing gun possession rights, this seems to be an extremely falsified approach.

Despite too much policing experience in the past, gun violence did not stop in the United States.

Not only this but many times, police themselves are in danger in the mass shooting, which has been seen over time.

Not only me, but thousands of Americans have lost their loved ones just because of this hardline approach of Republicans of negating stronger checks before weapons purchase.

A gun in every hand does not make sense, and these weapons can even trigger a civil war in the worst of times.

It is a time for Democrats to lobby in order to avoid a filibuster in the Senate for the passing of gun regulations.

Otherwise, Biden must act as he already promised during his presidential campaign so that this matter can be buried once and for all. 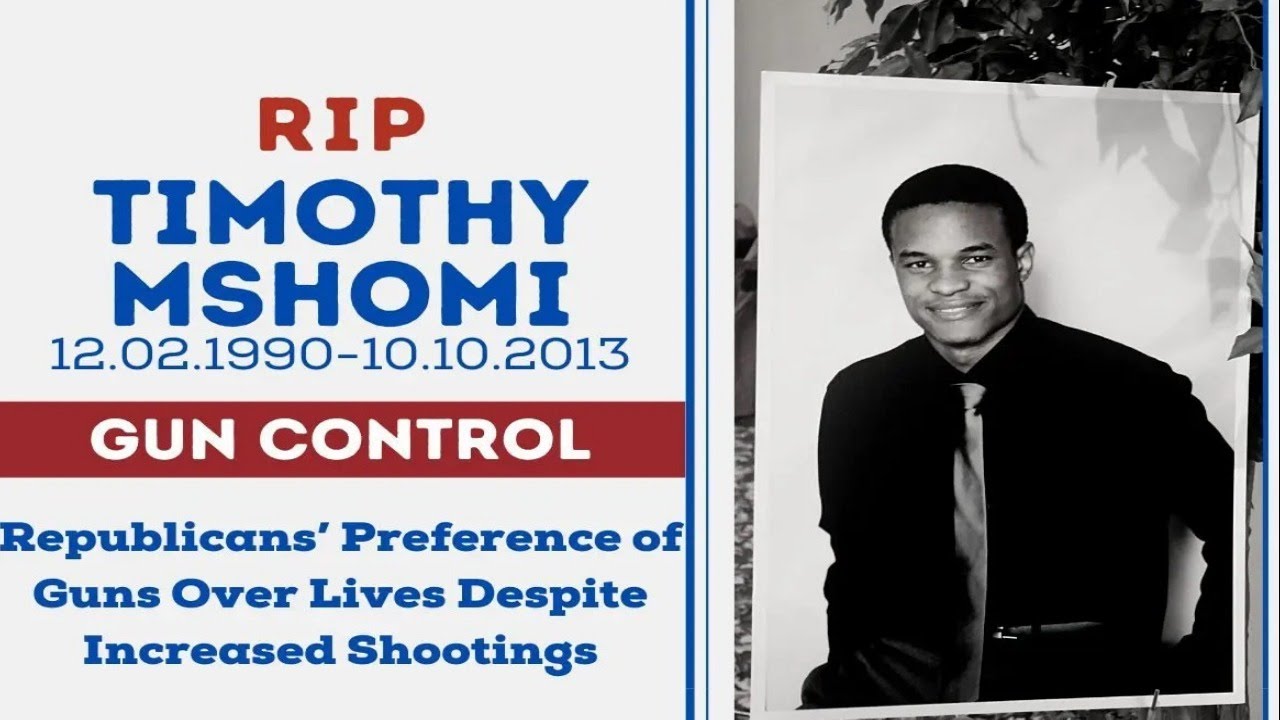