Home US Election Republicans support socialism, but Democrats are accused of it: Crazy things that happen only in America
US Election

Republicans support socialism, but Democrats are accused of it: Crazy things that happen only in America

“Biden, Harris, and their socialist comrades will fundamentally change this nation.”

Accusing Democrats of socialism and the destruction of the American economy was one of the primary slogans of Republicans in the 2020 presidential elections.

A number of times, Donald Trump warned that Joe Biden and the Democrats would make America socialist, destroying the country altogether.

The reality is far different than this. From incentivizing farmers to extending flood subsidies to give extra money to the red states, Republicans support socialism more than Democrats.

We did a fact check to bust the conspiracy theories which Republicans in general and Trump, in particular, propagated to make fools out of Americans.

The interesting part of all these conspiracy theories was not Trump’s rhetoric. Instead, this notion is penetrated across millions of Americans’ minds by the falsified narrative of all the Republican leaders.

As Democrats failed in making a counter-narrative and held Republicans accountable for their misleading approach towards the nation, a simple fact check decries that Republicans are the real socialists who want to destroy the basics of American economics.

How did Republicans support socialism, and how did Democrats fail to tackle them? Let’s have a look.

For the first time since 2005, farmers are enjoying subsidies. One of the primary reasons for this funding was to cement the vote bank for Donald Trump in the Southern belt, where most farmers live.

By now, Trump has flooded almost $46 billion in 2020 to the farmers, which is unimaginable in countries like America, where capitalism is the major economic ideology.

Most of the funds came after the coronavirus hit them hard, combined with the flawed trade policies of Trump. The money of other hardworking Americans is going into the hands of Trump supporters in the name of subsidies, promoting the notion of socialism in the country.

All of this came in times when the debt on the farming sector of the United States has increased to a new high of $434 billion.

Due to these subsidies, the US farming sector income has increased in 2020, which was bound to decline otherwise this year. Accounting for over 40 per cent of the total farming sector budget in 2020, these many subsidies point out that Republicans are pushing socialism while they are accusing Democrats to do so.

Republicans support socialism in multiple ways. In another bid to promote socialism in the United States, Donald Trump pursued a drug discount card to win the votes of the lower strata of society.

It will allow almost 33 million older Americans to avail a discount of nearly $6.6 billion in total. Older Americans will get a discount card worth $200 each. One of the important things to note here is that it was yet another political stunt by Donald Trump, as his executive order to protect people with pre-existing conditions was just a duplication of one of the provisions of the Affordable Care Act (ACA).

ACA was protecting the people having pre-existing conditions well enough, but to further their socialism agenda, Trump pursued this policy.

Similarly, Republicans support socialism in yet another way through the National Flood Insurance Program. This socialist approach provides flood insurance subsidies to the affected areas under the care of the federal government.

Not only this, NFIP is encouraging people to live in flood-prone areas by subsidizing them.

Not shockingly, almost 60 % of these subsidies were given to Florida, Texas, and Louisiana, and all of them voted for Trump in the 2020 presidential election.

This evinces that Donald Trump took out the money of the average American taxpayer and subsidized his supporters, which clearly indicates that Republicans support socialism to win votes.

In Donald Trump’s era, Republicans support socialism in every possible domain. For instance, the Trump government, inspired by so-called conservative ideology, promotes the concept of “taker” states and puts a lot of financial burden on the “maker” or “donor” states.

Maker states are those where residents pay way more in taxes than what they receive back in facilities. Some of these states include New York, New Jersey, Massachusetts, and Connecticut.

However, the financial burden posed by the taker states, especially from the southern belt, is urging Trump to promote socialism in America.

The worrying part is that most of these states are still doing no good to their citizens. Mississippi, for instance, receives almost $19 billion more than it gives to the federal government. However, despite getting all of this money under Republican socialism programs, homicide and infant mortality in Mississippi is more than any other state in the country.

Democrats failed to capitalize on these Republican socialism policies in the 2020 election.

There was a common perception among the masses that socialism is regarded with the Democrats, and credit goes to the Republicans’ pervasive digital election campaign to defame the Democrats.

However, this was an extremely flawed approach as Democrats, especially the liberal faction, never supported the ideology.

All of these socialistic-driven policies of Republicans mentioned above deserve to be mentioned during the election campaign. The problem is most people don’t even know that these things are happening under the nose of Donald Trump, who always portrays himself as a capitalist person.

It is an established reality that Republicans support socialism in actuality and Democrats face the brunt of the masses in return.

Democrats were held responsible for the flawed policies which Donald Trump enacted in favor of socialism in the United States. Socialism is against the very core of the economic infrastructure of America.

America is considered a safe haven for businesses just because of its rigid approach to socialism. However, the country under Trump was forced to go against the very fundamentals on which the basics of the country stands.

Under the socialist regime of Donald Trump, the prevailing markets in the United States, which are currently driven by the laissez-faire ideology of economics, will be destroyed, resulting in the severe economic crisis yet again. 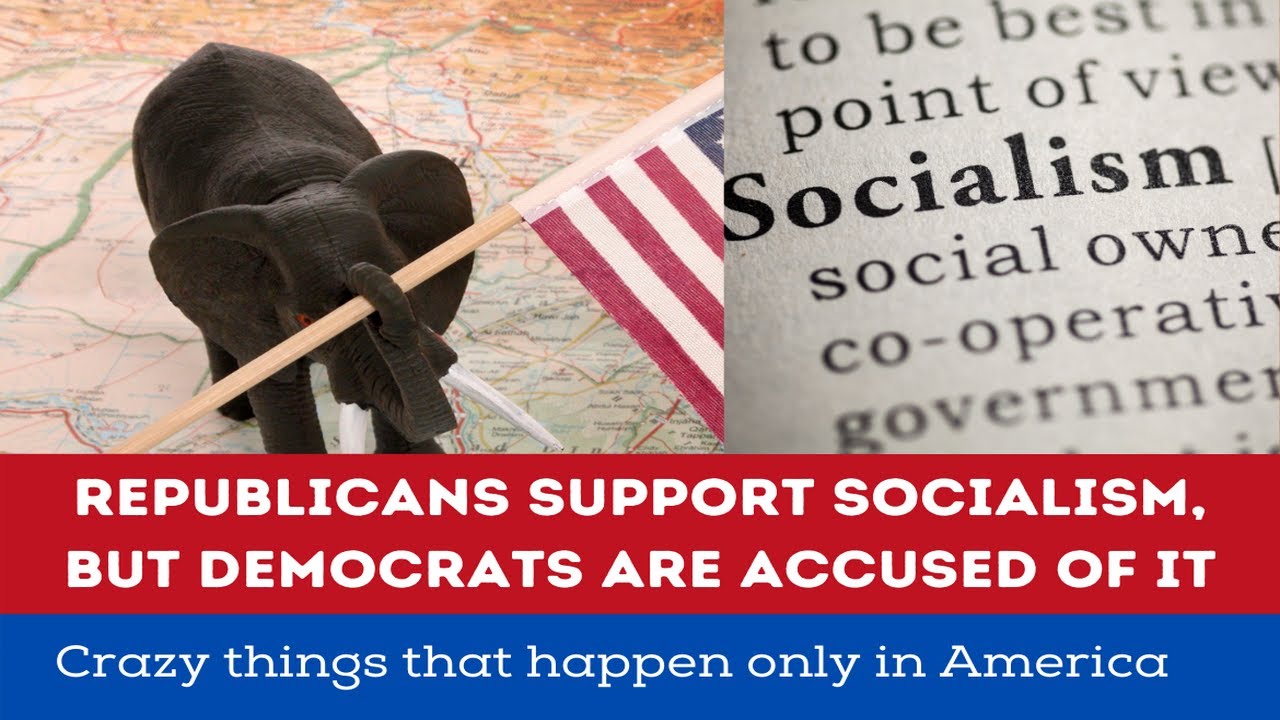