“We cannot isolate ourselves as an island.”

With a lot of debate going on about the coronavirus ignorance from Tanzania, rejecting all the foreign help, finally, the new President Samia Suluhu has changed her stance from that of her predecessor on the pandemic.

Drifting away from the state’s policy of over-reliance on religion, this time, Tanzania’s president is not in favor of ignoring the deadly pandemic that has swept away more than three million people worldwide.

Kamala Harris’ invitation to explore new avenues with the new Tanzanian government seems to work fine, as a major shift of coronavirus policy had not been expected any other way.

As the president also assigned the incumbent foreign minister to heal relations with the global powers, it is time for diplomacy to work, as Tanzania cannot afford to be isolated anymore.

Now, as Tanzania’s president portrays the notion of being a stateswoman instead of walking the path of the late Magufuli, it is time for the new administration to reverse the damage done by an ultra-populist, John Magufuli.

How has Tanzania changed its coronavirus policy, and how should the new President Samia Suluhu bring the country out of the persisting crisis? Let’s see.

“It is not proper to ignore it. We cannot reject or accept it without any evidence from research.”

Finally, the Tanzania government came out of COVID skepticism amid rising coronavirus ignorance from Tanzania, and announced the creation of a task force responsible for advising the government about the devastation wreaked by the coronavirus.

Showing disapproval of her predecessor’s approach, Samia used the word “remedies,” portraying the damage done to the masses of Tanzania.

Now the new leader supports seeking global cooperation in tackling the virus, as countries across the globe vaccinate their population in significant numbers.

The challenge is mammoth for the government, as it has to catch up with the pace of other countries in vaccination.

The even bigger challenge will be to change the Tanzanians’ perception of the coronavirus caused by the ignorance of President John Magufuli.

Subsequently, the people also became negligent about the coronavirus, and convincing them to get vaccinated will surely be a big task for Samia’s administration.

Probably, Samia Suluhu cashed on the opportunity given by the US Vice President Kamala Harris as she congratulated Samia for assuming the presidency while inviting her to seek help from the developed nations.

With this pivotal shift in the coronavirus policy, Tanzania is also likely to publish its infection data. The country failed to report COVID-19 data, despite repetitive requests from the

World Health Organization (WHO) to publicize the numbers amid coronavirus ignorance within Tanzania.

A Multi-Pronged Strategy: A Need for the New Tanzanian Government

As Suluhu vows to embrace science in tackling the virus, her government strategy needs to be multi-pronged in this regard.

First, the administration needs to be transparent in reporting the coronavirus infection data, as coronavirus ignorance from Tanzania has already cost the country much. Second, rigorous media campaigns are the need for the hour to educate the masses about the dangers that are being posed by the deadly disease.

Any attempt to start vaccination without awareness is likely to give no results, owing to the pervasive skepticism regarding vaccines in the masses.

Regarding the transparent reporting of COVID-19 numbers,

“We cannot be reading about COVID-19 in the world, and when you reach sections about Tanzania, one find(s) gaps. I think we need to be clearer whether we accept or not.”

Lifting Media Restrictions: An Emergence of a New Era in Tanzania

Media freedom remained yet another pressing issue in Tanzania under the Magufuli administration, where no one was allowed to criticize the government.

In a major policy u-turn, Suluhu also indicated loosening the media restrictions to kick off a new era of freedom of speech in the African nation.

“We should not give any room to say that we are suppressing media freedom.”

It is time for Tanzania to make a new start, as the damage done by late Magufuli needs to be healed as early as possible.

The assertiveness of the new president immediately after coming into the office seems commendable and should be continued as it is.

Samia Suluhu has already portrayed that she is a genuine stateswoman capable of bringing the country out of the prevailing crisis.

Perhaps, it is also time for the masses to forget Magufuli once and for all, and comply with all the strategies of the new government, as sticking with the old beliefs will land them nowhere. 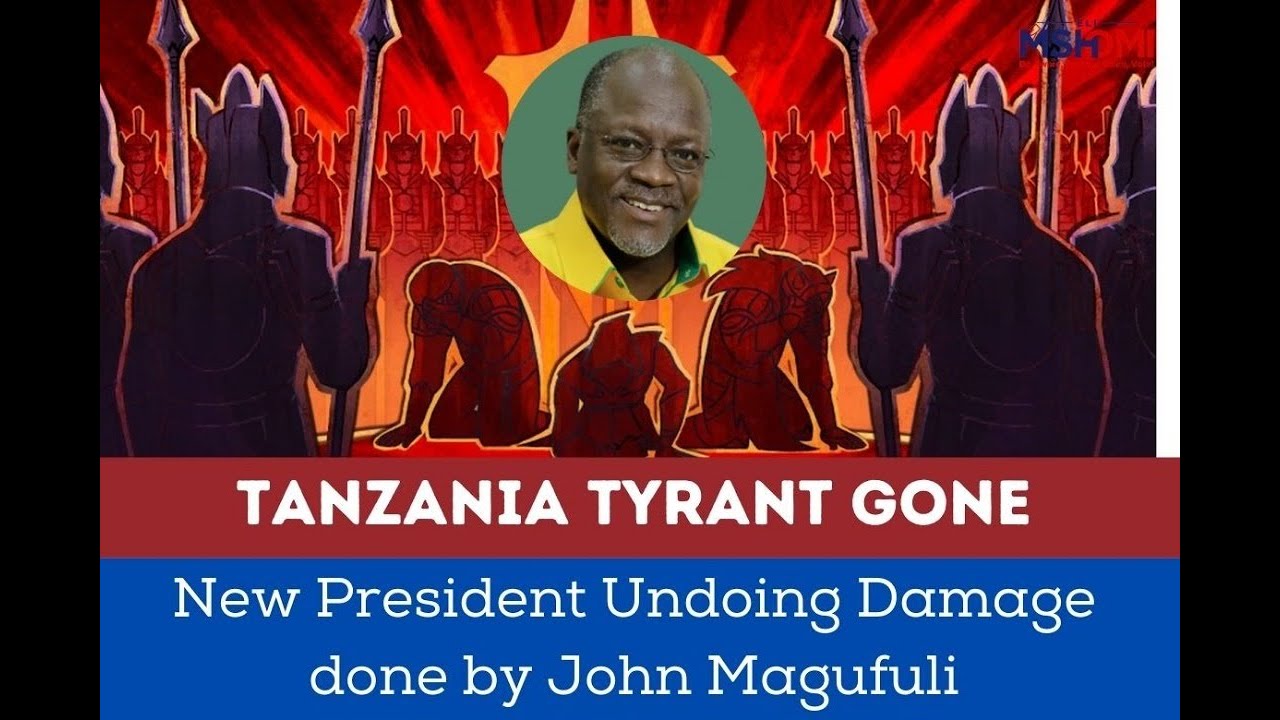 Death of Conservatism: A Dangerous Ideology is No Longer a Threat to the World