Tanzania’s Iron Lady: One Day Rule of Samia is Better than 100 Years of Magufuli

“The government should do mass mobilization, preparation to receive vaccines, storage, transportation, and people should be free to be vaccinated or not.”

Finally, Tanzanian people can start hoping for the good days ahead. The country is all set to follow a scientific path to pursue COVID-19 vaccinations amid the new President Samia Suluhu’s heroics.

The Samia Suluhu COVID committee, formed by the incumbent president in April, has started yielding positive results. It advised the government not only to acquire vaccines for the masses but also to join COVAX. This UN-led initiative is on a mission to vaccinate the world.

The committee’s chairman, Prof. Said Aboud, recommended various policy options in Dar es Salaam to the government in the presence of permanent secretaries and their deputies. The hopes are high that Tanzania would procure COVID-19 vaccines to curb the virus.

This is a significant development for the people of the African country, as the events unfolded unexpectedly after the death of the COVID-skeptic president of the country in March.

The developments are also interesting in the way that Samia Suluhu also served as a Vice-President during President John Magufuli’s tenure. Yet, the government took no action to stop COVID at that time.

What are the recommendations by Samia Suluhu COVID Committee, and what does it mean for the country devastated by the pandemic?

Tanzania President Samia Suluhu whose heroics can save the country from the pandemic.

Samia Suluhu’s attitude towards the scientific culture will help the country evade the virus and develop a positive national narrative not to rely on superstitions or non-scientific voices anymore.

The Samia Suluhu COVID committee has recommended the use of vaccines for people to achieve herd immunity.

Not only this, but the committee has also encouraged the government to publicize the data on deaths and infectious people.

If accepted by the government, this strategy will also be a decider for Tanzania. The data will help the government determine the efficacy rate of vaccines and their impact on reducing COVID-related deaths.

While talking about publishing the statistics on COVID, the committee chair said,

“The government should provide accurate statistics on COVID-19 to the public and WHO for the public to get accurate information from authorities and respect agreements and regulations that the country has ratified.”

(Recommendation by the Committee)

This realization by the Samia Suluhu COVID committee overlaps with Biden’s announcement of sending 80 million vaccines to the world to contain the spread of the virus.

As Vice President Kamala Harris has already extended her support to Samia’s government, it is time for the Samia administration to acquire as many vaccines out of these 80 million as possible through diplomacy.

COVAX: A Life Savior for Tanzania

Then comes the importance of COVAX in today’s vaccination setup. As Tanzania will be one of the African countries affected by the export ban of India, joining COVAX and acquiring vaccines from other countries is the only option because the Biden administration will be sharing these vaccines through COVAX.

As the Tanzanian government is not bound to comply with all the recommendations proposed by the committee, it remains on President Samia Suluhu how aggressive she is in the actual implementation of these recommendations.

Seeing the pro-vaccination attitude of the government, it is expected that the incumbents will obey all the recommendations immediately so that they do not miss the 80 million vaccination opportunity.

When Samia was forming the committee, she focused on scientific research, and this was the positive indicator that she would be as disciplined in implementing the suggestions as she was in making the committee in the first place.

The committee’s recommendations of promoting only those medicines that satisfy the scientific standards are also in line with Samia Suluhu’s vision. She said that we must not accept everything proposed to test on our people.

Samia Suluhu has once again proved her capability of being a stateswoman instead of being a populist leader like John Magufuli. He played different tactics just to extend his rule by silencing others.

Samia’s attitude from day one was in favor of curbing the virus, as she advised the people to use face masks, going against the erstwhile narrative of her political party.

Samia has also portrayed the importance of the people’s lives, which her predecessor failed to do.

In just a short time frame, getting the recommendations by the committee is a Herculean task, the parallel of which cannot be found in the years-long tenure of John Magufuli.

Samia Suluhu needs to continue her heroics, as this is the need of the Tanzanian people, and the general public would be indebted to her for taking WHO recommended actions to curb the virus.

If she successfully brings Tanzania on the vaccination pace of the rest of the world, her name would be written in history books.

In times when John Magufuli was in full flow of sponsoring his baseless remedies against COVID-19, hiding the deaths from the rest of the world, and claiming to contain the virus in the country, nobody thought that an upcoming president would change the course of the country soon.

The exciting thing is that the Samia Suluhu COVID committee’s recommendations are not limited to vaccinating people.

It also suggests that the finance ministry needs to analyze the pandemic’s impact on the economic situation in the country to make a transition toward better times.

Following this suggestion would also be a win-win situation for Samia’s government, as the country’s economy remained dwindling in the wake of the pandemic. 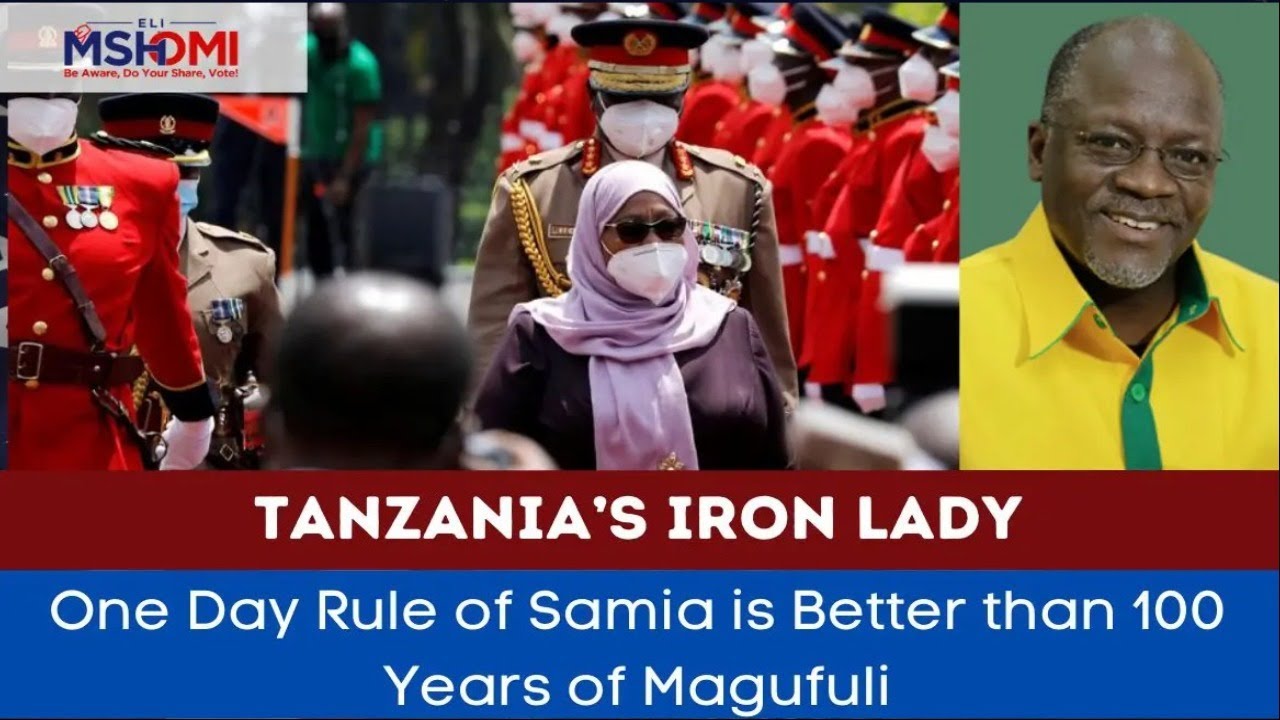