Among the things having no stoppage, Republicans’ voter suppression seems to be the top one.

After cementing their regressive agenda of voter suppression in states like Georgia and Iowa, this time, Texas Republicans are in an effort to sideline the deserving voters in the state.

With the introduction of the new bill, i.e., Senate Bill 7, in the Texas Senate, Republicans are trying to strangle the voters in innovative ways.

This time, Texas Republicans are trying to limit the time and place of casting ballots, and receiving absentee and mail-in ballots.

How will Senate Bill 7 reduce the participation of the general public in the national discourse? Let’s see.

With the aim to promote “election integrity,” “creating criminal offenses,” and “providing civil penalties,” Republicans are trying to curtail voting rights in Texas.

The top motivation of the Republican lawmakers in all the states is to curtail the early voting efforts that drifted the 2020 election away from Republicans.

The unprecedented early voting was probably the biggest reason for the Republicans’ loss in the recent elections, where more than 99 million voters nationally cast their ballots early.

So, discontinuing early voting all over the United States is the biggest agenda of Republicans to avoid similar circumstances in the near future.

The same is the case with Senate Bill 7 of Texas, which will reduce early voting hours, forcing more people to vote in person on an actual day or completely lose their chance to vote.

Then comes the restrictions of drive-thru voting that will be imposed with the help of Senate Bill 7. As a matter of fact, more people are likely to vote in untraditional ways owing to the ease of these methods.

For people who could not go stand in a queue for hours, drive-thru voting was considered as one of the most feasible ways to vote, as they could cast their ballot going to their work.

As drive-thru voting will be prohibited now, Texans would not have any choice other than to go to the polling stations to exercise their constitutional right.

Another change worth discussing in Senate Bill 7 is recording those voters who need any type of help with their ballot. After the passage of the bill, the partisan supporters would be able to record those asking for help.

With this, the chances of voter harassment will increase exponentially, as Republican polling agents can try to mess up the situation while recording the voters, capitalizing on the law passed by their bosses.

Finally, the bill is intended to disallow the local election officials to encourage voters for early voting.

This biased approach, once again, intends to discourage the concept of early balloting. With this, the local election officials cannot encourage the local voters to cast their ballots early, or else they will face the consequences.

Voting Suppression: The Only Hope for Republicans in the Future Elections

The Texas governor opined that local election officials, including those in Harris County, are involved in the illegal activities.

This opinion of the Texas governor was his approval of Senate Bill 7, which will classify such activities as illegal.

Texas was one of those states where the early voting turnout touched new heights, as more than 9.7 million voters voted early in Texas in the 2020 elections.

This was a fair sign to worry for Republicans at a time when their leader, Donald Trump, was too vocal about the very concept of early voting.

The voting locations will only be accessible from 7 am to 7 pm under this law, while election administrators will be allowed to install the same number of voting machines in every location of the State.

This provision is beyond absurdity, as some locations can have a higher voting turnout than others, and installing equal machines everywhere will be the poor management of the resources.

Lt. Governor Dan Patrick considers this bill a top priority and plays a keen role in defending this bill.

Dallas County and Harris County forced the Republicans to introduce these types of voter suppression bills, as these two counties remain the stronghold for Democrats.

While Texas Democrats cried foul, the assertiveness of the Biden administration on the voting efforts of Republicans, once again, remained little.

Perhaps it is the right time for the Biden administration to counter these types of measures equally, and strengthen the federal role in the voting process by passing the HR1 bill.

Any inaction in this regard can prove fatal for Democrats who could end up losing their voters across the United States. 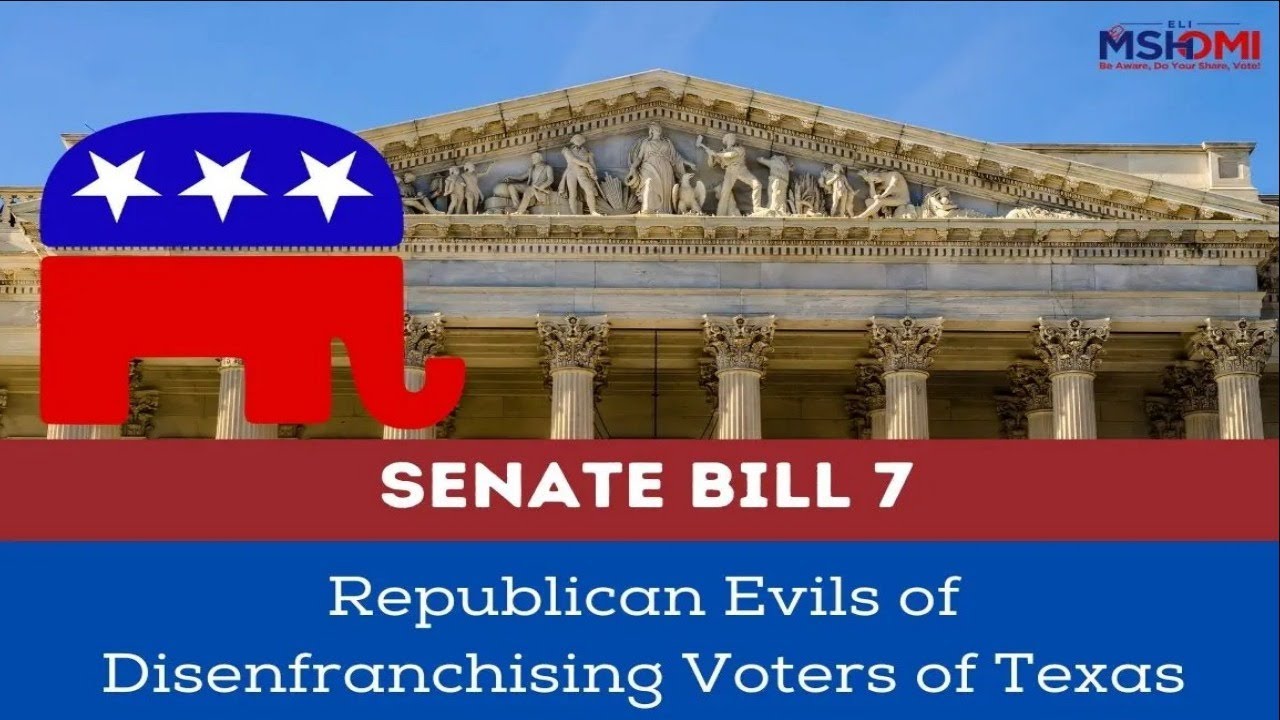 Court Packing: Biden on a Mission to Reform the US Justice System