Inspired by the communist regime of the erstwhile Soviet Union, Donald Trump is walking the path of Leonid Brezhnev, a former leader of the Soviet Union.

The destruction of the Soviet Union in 1991 buried the communist philosophy across the globe.

However, the resurgence of the same philosophy is happening again, and this time in the capitalistic center of the world, i.e., the United States.

Like Leonid Brezhnev, who left no stone unturned in creating his monopoly on the communist party, Donald Trump has also gripped the Republican party so well that he is considered a central figure.

Donald Trump and Leonid Brezhnev: Men Who Were Born not to Tolerate Anyone

When Brezhnev started to exercise his power, he lifted supporters of his choice to the top positions. The level of narcissism was so intense that he gave himself too many medals.

The case of Donald Trump is no different. Donald Trump never missed an opportunity to admire himself for changing the “destiny” of the United States. He was often seen in videos claiming that he knows things better than anybody else.

Not only this, but both of these personalities were anti-media because the media is regarded as an emblem of free speech.

The dictatorial attitude of these men toward the media can be seen from the fact that Leonid Brezhnev introduced the doctrine of fake news in the modern world. The news was always orchestrated in his favor.

The actions of Donald Trump also suggest the same story. Although he could not control what the non-conservative media said, he always remained critical of the free press during his tenure. He never missed an opportunity to criticize the big media channels.

Not only this, an era of fake news was sponsored by Donald Trump as well when he tried to pursue his ego after losing the elections.

Pump the Party’s Nonsense or Face the Music: A Mantra of Both Trump and Brezhnev

Similarly, those who used to speak against Leonid Brezhnev faced a sorrowful fate as the autocratic leader denounced them. Those who questioned his actions were likely to be expelled from the party.

The Trump doctrine is demonstrating the same characteristics. From Liz Cheney to Chris Krebs, from anti-Trump governors to the Supreme Court justices, whoever dared to speak against Trump was disowned by the GOP.

The equation was simple for Trump and Brezhnev. Either you were with them or against them; there was no in-between. Those who sided with Democrats and voted against Trump in the impeachment trial were criticized heavily by the pro-Trump legislators.

The consequences of Trump walking Leonid Brezhnev’s path are multi-faceted. First of all, this nonsense is pushing the democratic United States to the brink of autocratic regimes.

A Republican party nurtured by Abraham Lincoln is on the brink of seizure due to Trump-led destruction.

The disintegration of the great Soviet Union in the aftermath of the cold war became possible due to the policies of Leonid Brezhnev.

When the flags of the confederation were seen in the Capitol Hill attack, it was a symbol of how low the blind supporters of Donald Trump have fallen to defend him.

As the Republican party is dying due to this Trump regime, a dying party can play every trick to survive.

Not only this, Donald Trump is still not ready to surrender his claims of election fraud, which also demonstrates that his so-called struggle to defend the integrity of the United States has not ended.

The rise of Donald Trump opened a new phase in American politics. The dangerous precedents that he set in the country match with the cruel personalities of the past.

Some of his actions resemble OJ Simpson and Charles Manson, while the others can be matched with the likes of Leonid Brezhnev.

The role models of Donald Trump, i.e., Mikhail Gorbachev, Leonid Brezhnev, and Adolf Hitler, were the men who inspired the world heavily, but most often in the negative sense.

If Republicans want to survive these times, they must stop playing violin on the sinking Titanic, or else they will face the music. 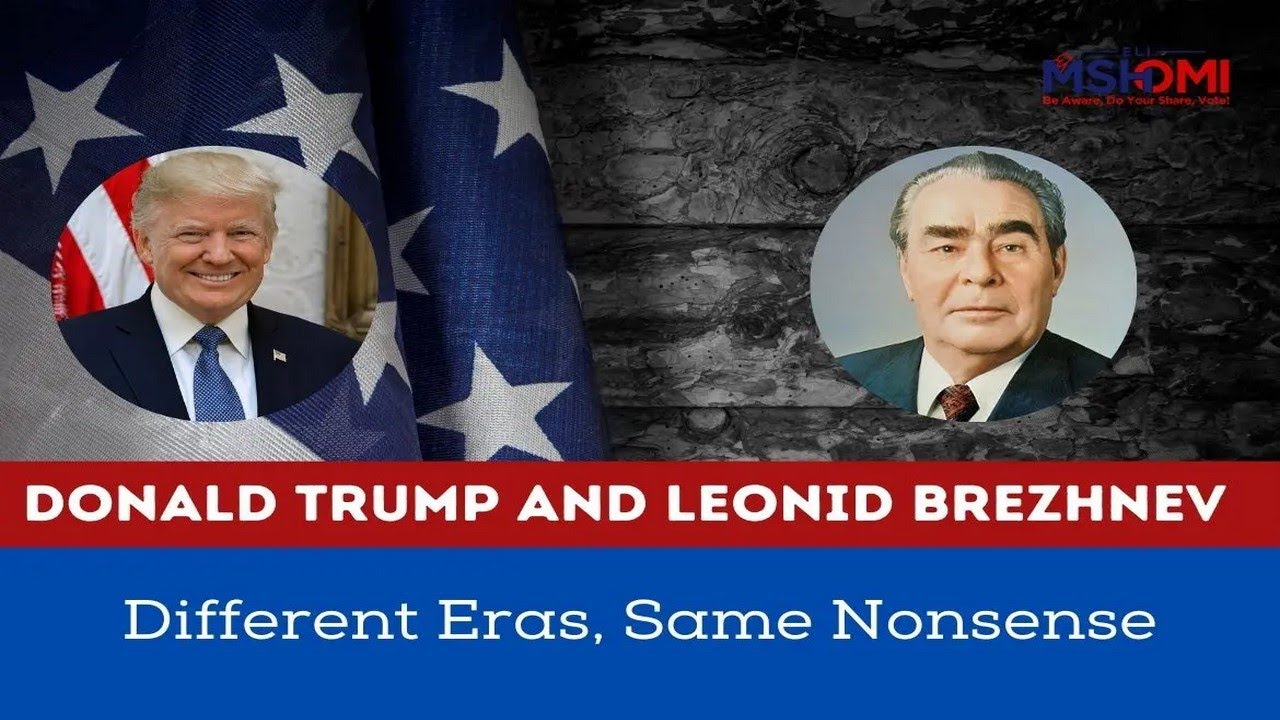 Liz Cheney’s Heroics: A Wake-up Call for the Republicans