Home US Politics Court Packing: Biden on a Mission to Reform the US Justice System
US Politics

Court Packing: Biden on a Mission to Reform the US Justice System

Supreme Court expansion is never a bad idea, so far as it is not politically motivated, considering that it will bring more justices on board that can have their say in the country’s most critical decisions.

Furthermore, revising the term limit of these justices is also a feasible potential reform for which Biden has mandated the commission.

As the commission moves forward to find feasible grounds for the Supreme court reforms, the conservative composition of the court is in danger if everything goes as Biden plans.

If successful, Biden will try to make the conservative-tilted court neutral once again, which can put the final nail in the already dying conservatism ideology in the United States.

Does Biden have the authority to reframe the court himself, or will he have to go to Congress once again? Let’s see.

Biden up for Supreme Court Expansion as Promised

With the signing of Biden’s executive order, the proposed commission is mandated to present its finding for the Supreme Court reforms within the next six months.

During this time period, the commission will find different avenues under which the Supreme Court can be reformed from its historical structure.

The “bipartisan group of experts” chaired by Bob Bauer will discuss the “merits and legality of particular reform proposals.”

The commission has already sparked concerns among the in-service Supreme Court justices, as the oldest serving justice, Stephen Breyer, opined that any efforts could erode public trust in the courts.

Increasing the number of justices in the top court will bring a score of benefits to the justice system of the United States.

The first and foremost in this regard will be the presence of more minds in the Supreme Court, hence diluting the voice of the individuals already present in the country.

However, all the nine justices have a single vote, and seeing their authority weakening could spark even more resistance in the process.

Redefining the Tenure Length for Justices: A Much Needed Reform

Probably the most important provision in the potential Supreme Court reforms is to redefine the terms of the Supreme Court justices.

The lifelong tenure of the justices often blocks the path of the potential talent waiting in a queue to be appointed as a Supreme Court judge.

This way, the Supreme Court justices may end up being a burden on the system without performing the duties entitled to them.

There is no doubt that Congress can impeach these justices; however, sometimes, enacting a tenure limit is the best approach to ensure that the authority does not concentrate in a few hands for an extended period of time.

The proposed commission can have two options to consider in this regard. First, they can consider setting a tenure limit of five or ten years for a Supreme Court justice.

Secondly, they can propose an amendment to retire the judges by the age of 65 or 70 years old. Probably, the former approach would yield maximum efficiency, considering that all the justices will have an equal time to serve the country, and no preferential treatment would be given to anyone.

Congress: The Only Authority to Reform the Courts

At the end of the day, Congress has the absolute authority of reconstructing the court. This is not the first time that court-packing is in the discussion. In reality, the number of justices in the US Supreme Court has been changed over the years.

As Congress acts as a purse of the United States, the responsibility to give salaries to the justices also remains with the Congress; hence, any attempt of Supreme Court expansion will have to be approved by the Congress.

As it is not a regular phenomenon, and nobody alive has seen this process happening, the legal experts have to decide the procedural requirement for adding justices to the Supreme Court.

The Republicans will also be on a roll to stop the court-packing, and if Democrats could successfully do it this time, Republicans can even try to revoke all the reforms after coming back to power.

This can start a new era of a political tussle on the Supreme Court reforms, as Republicans would never like to miss an opportunity to unpack the court once again.

Biden must have an ambitious plan in his mind if he wants to introduce reforms in the US judiciary, and all of his plans must not be motivated by political ambitions because doing so will weaken his narrative, on which Republicans will try to capitalize on in the future. 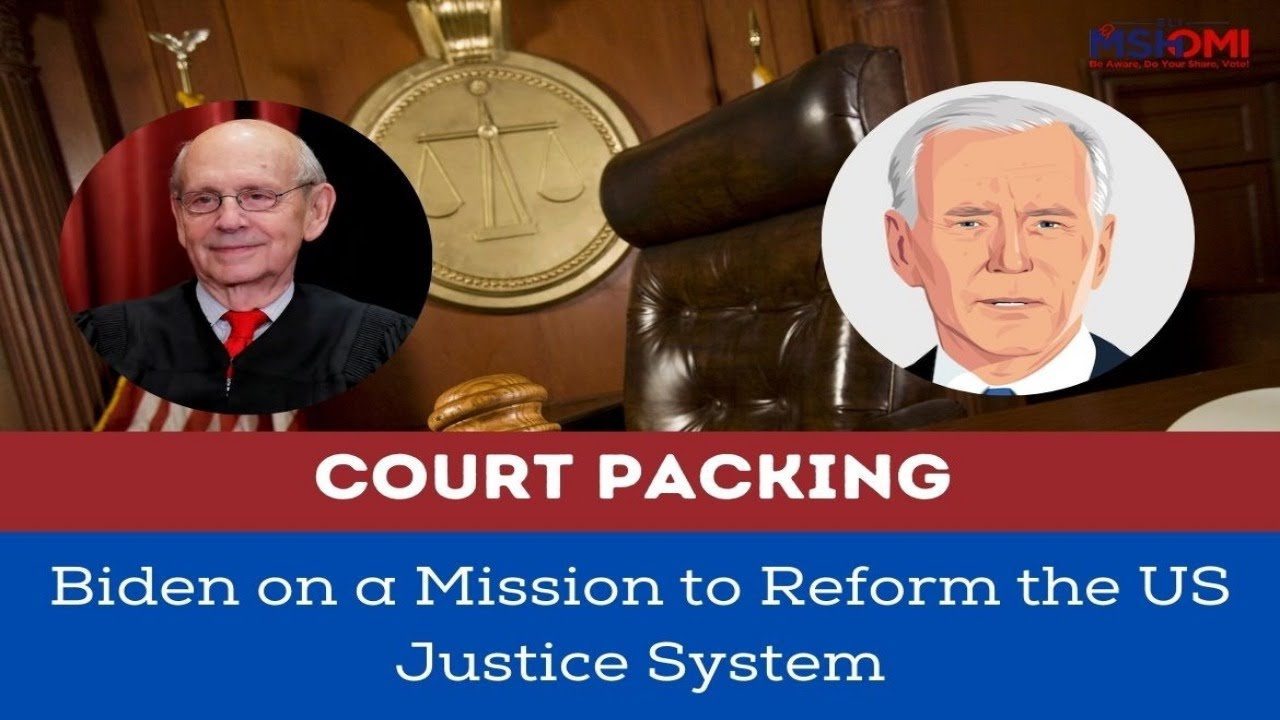 Vaccine Apartheid: The Darkest Side of Human Intelligence Exposed in Pandemic

Education in a Pandemic: The Tool to Intensify...

Republicans and Corporate America Tussle: The GOP is...