Of all the global leaders, who remained skeptical about the pandemic, Tanzania’s President John Magufuli was on the top of the list, giving tough competition to his former American counterpart, Donald Trump.

Both of them remained skeptical about the coronavirus and tried to play the religious card to divert the attention of the masses from the virus.

A man who was also known by his nickname “Bulldozer” put 60 million people in Tanzania at risk due to his negligent approach towards the virus.

As Magufuli breathed his last due to the “Heart Disease” Aka Covid in Dar-Es-Salaam, the virus which he continuously mocked took his life, as announced by the Vice President of Tanzania, Samia Suluhu.

The negligence by Magufuli about the virus came at a time when his American counterpart, Donald Trump, was also trying to downplay the coronavirus in the United States.

Both presidents tried not to take the virus seriously, and both got infected by the virus.

Now the person who thought of COVID-19 as a joke is no longer in the world due to the same virus.

The Chief Secretary, who was working in the same office with Magufuli, also died due to the virus, which speaks a lot about the efficacy of the virus in the country. Not only this, Seif Sharif Hamad, the Vice President of Zanzibar, from Tanzania, also died of COVID recently.

Playing Donald Trump was not the smartest approach from Magufuli’s side, as doing so has made him lose his life.

Right after the arrival of the coronavirus in Tanzania, John Magufuli played a religious card as he said,

Coronavirus, which is a devil, cannot survive in the body of Christ… It will burn instantly.”

His approach towards the virus forced him to take not-so-recommended precautions against the virus. He refrained himself from implementing a lockdown in Tanzania at times when the neighboring countries of Kenya and Uganda imposed lockdowns in full swing.

To justify his decision against imposing a lockdown, he once again depended on religion, as he said,

“We Tanzanians have not locked ourselves down, and I don’t expect to announce even a single day that we are implementing a lockdown because our God is still alive, and he will continue protecting us Tanzanians.”

Interestingly, he was not the only president who involved religion in the virus outbreak. Less than 14000 km away from him, Donald Trump was trying to portray the same notion. As the United States was becoming impacted by the virus, Donald Trump said shortly before Easter 2020,

“You’ll have packed churches all over our country … I think it’ll be a beautiful time.”

As Donald Trump envisaged having packed churches on Easter, the goal was to impress the white Christian evangelical voters to gain their sympathies for the 2020 presidential elections.

Religion was not the only avenue on which Donald Trump and John Magufuli shared conspiracies related to the pandemic.

At times, when the coronavirus wrecked the global infrastructure, Tanzanian President John Magifuli even stopped giving data about the infected number of people in the country.

This made the situation worse, as the country only reported 509 infections with 21 deaths, a number which is inaccurate to its core. To add insult to the injury, he declared Tanzania COVID free in June 2020.

To mock the virus, he tried various conspiracy theories. The top among them is his claim that he sent samples of goat and papaya to be COVID tested, and they came out positive.

His skeptical approach continued at a time when the deaths in Tanzania continued surging among the lack of official safety protocols in the country.

Donald Trump and John Magufuli also tried to offer remedies for the virus other than the recommended ones.

As Donald Trump recommended hydroxychloroquine as a potential cure to COVID-19, John Magifuli, along with his health minister, recommended taking steam to kill the virus. Both of these solutions were neither supported by science nor by experimentation.

John Magufuli was so skeptical about the vaccine that he even said to Tanzanians that they are being used as pigs for the experimentation of the vaccine for ages.

These talks even made the people of Tanzania skeptical of COVID-19 vaccines.

Another avenue where Trump and John Magifuli shared a similar approach toward the coronavirus is their denial of mask-wearing, a strategy recommended by the World Health Organization (WHO).

Trump was often seen mask-less in public gatherings and press briefings. The same was the case with the Tanzanian President John Magufuli, who mocked mask-wearing practices along with his cabinet members.

A Picture is Worth of Thousand Words:

The coronavirus shattered the power corridors in Tanzania as four top members of the government died due to this disease in a short span of time.

The ignorance cost them their lives, and it teaches a lesson to the Tanzanian government to be careful about the disease.

In the picture above, four members can be seen in a Cabinet swearing-in ceremony who died of COVID-19.

The recommendations of herbal remedies instead of following the proper protocols were the key reason for the downfall of Tanzanian President John Magufuli in the COVID-19 outbreak.

The worrying thing is that the Tanzanian leadership is still skeptical to accept it as a COVID-infected death.

Even the Catholic churches tried to inform people about the danger of the coronavirus, but the denying president was unable to perceive the threat.

They are still blaming Magufuli’s heart-disease for the death, which seems to be the falsified approach.

It is time for the Tanzanian leadership to open up their eyes as soon as possible to save the remaining Tanzanians from the deadly virus by implementing the recommended protocols so that further life loss can be averted. 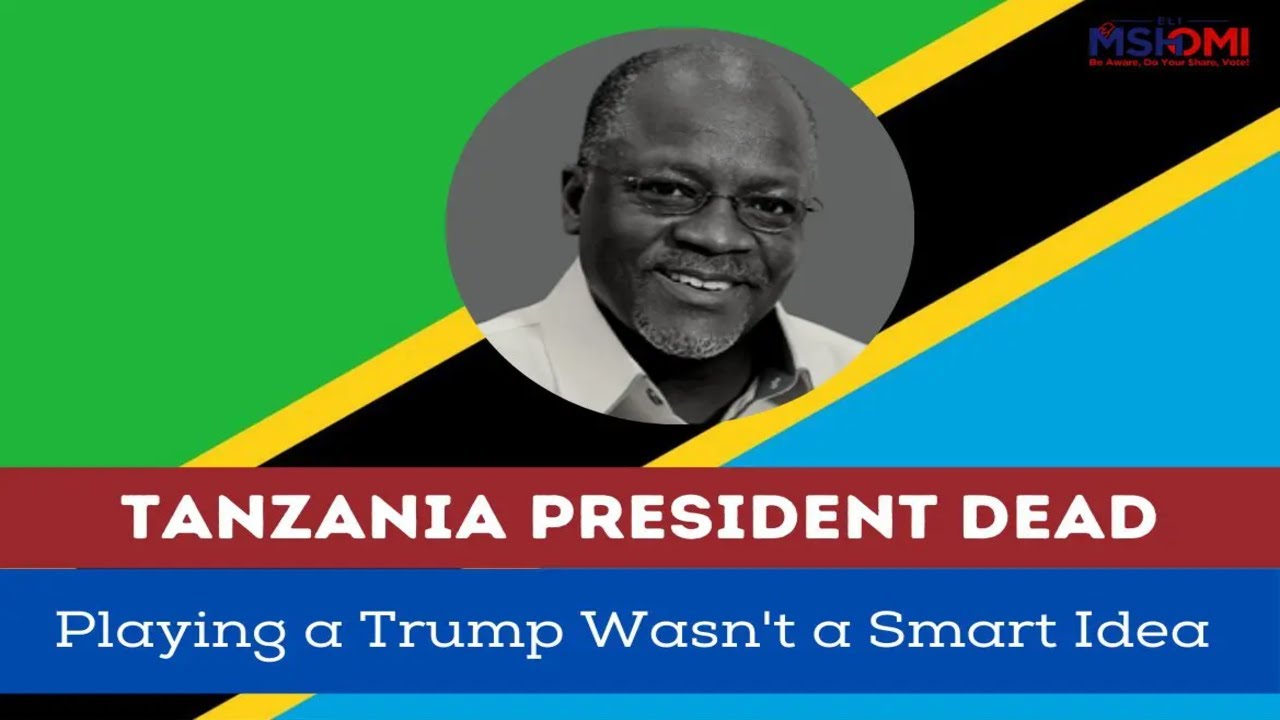 Russia and China on a Roll to Strangle the US: A Wake-up Call for Biden