While everyone knows that she is an educator and a well-wisher to military families, only a few know some untold stories of Jill Biden. What are these untold stories, and what are the things that you have to know about the new first lady of the country? Let’s have a look.

Not many know that the new first lady has a grandfather who emigrated from Italy to the United States.

Domenico Giacoppa, the grandfather of Jill Tracy Jacobs, was born in the small district of Messina, Italy. After moving to the US, he started working as a furniture delivery man in 1900 in New Jersey.

Little did he know that this emigration will give the United States the first-ever Italian American first lady in the times to come.

This Sicily to Ellis Island emigration may seem to be just a regular migration like other ones to the United States, but this emigration would set the course of the country in times to come.

Due to this very emigration, Jill Biden born in 1951 in Hammonton, New Jersey.

While there are many untold stories of Jill Biden this one shaped her future like nothing else. While many people recognize Dr. Jill Biden as an educator and a professor having a doctorate degree,  few know that she has also been a model.

Joe Biden first wife died in 1972 in a car crash, leaving Mr. Biden in emotional upheaval. Similarly, Jill Tracy Jacobs also parted ways with her first husband, Bill Stevenson, in 1975. It was in 1975 when Joe Biden’s brother introduced them to each other.

Bill Stevenson and Jill Biden lived together for only five years after their marriage took place in 1970. Probably this Bill Stevenson Jill Biden bond was bound to fail, as even after the divorce, her ex-husband accused her of an extramarital affair.

In one of his interviews, he said that the story of Jill Biden and Joe Biden meeting on a blind date is entirely fake and is made up of certain elements.

Jill Biden first marriage was bound to fail due to a lack of trust; however, few knew back then that this divorce would be the start of a new journey for Jill. This transformation from Jill Stevenson Jill Biden became one of the greatest events in the life of Jill Biden as she explored life further. Jill Biden first husband was not probably made for her.

However, the new marriage was not as easy as it may seem. It is estimated that Joe Biden proposed to Jill five times before she accepted her proposal.

This was mainly due to the age difference between both of them. At that time, Joe Biden was a 33-year-old Senator, and Jill Tracy Jacobs was a 24-year-old college senior.

Jill recalled the incident when she first met Joe. She said that “I was a senior, and I had been dating guys in jeans and clogs and T-shirts. He came to the door, and he had a sport coat and loafers, and I thought, ‘God, this is never going to work, not in a million years.’”

Had it not been for Jill Tracy Jacobs taking a year off from her studies and doing modeling, who knows that this marriage would have never happened in the first place.

As Jill Biden recalled her memories, she said that “He (Joe Biden) was nine years older than I am! But we went out to see the movie “A Man and a Woman “at the movie theater in Philadelphia, and we really hit it off. When we came home, he shook my hand good night. I went upstairs and called my mother at 1:00 a.m. and said, ‘Mom, I finally met a gentleman.’”

All of this happened because she took a year off from her studies. The comments also suggest a great deal about the Bill Stevenson – Jill Biden relationship, which did not last long due to the lack of trust.

Joining the Biden Family Together Again

Jill Biden was afraid that she might get fail in joining the broken family again. As a matter of fact, the demise of Neilia Hunter Biden, Joe Biden first wife, left the Biden family in shatters.

Not only this, her one-year-old daughter, Naomi Biden, also expired in that brutal car accident.

This left Joe Biden in shatters. He had no clue what to do, as  Biden had two younger sons, Beau Biden and Hunter Biden. Both of them were infants when their mother died.

Joe Biden had to play the role of both parents to keep the imminent emotional turmoil away from their children. It is also alleged that Joe Biden attempted suicide back then after this tragedy of 1972.

Joe and Jill Biden marriage took place in 1977. At the time of the second marriage of their father, Hunter and Beau were seven and eight years of age, respectively. Jill was only 26, and this is why she was worried due to no experience in parenting. After the death of Biden’s first wife, Joe Biden’s sister Valerie Biden took care of the children before Jill arrived and took the charge.

She just started her journey from a “girl” to a “woman.” This was the reason why Jill Biden related that. “At 26 I was worried; how do you make a broken family whole? But Joe told his boys ‘Mommy sent Jill to us.’“

She further added that “Love holds a family together. It makes us flexible and resilient.” She played her role well and took great care of both Beau and Hunter Biden. That’s why, despite being the stepsons, both of them loved Jill Biden like her real mother.

Joe and Jill Biden had their first daughter, Ashely Biden, in 1981, which further strengthened the relationship of Joe Biden and Jill Biden.

She is a published author in addition to being an educator. Out of her love for military families, she wrote a book titled, Don’t Forget, God Bless Our Troops.

The presence of Beau Biden in the army, especially in the Iraq war, motivated her to write this story.

Jill revealed in that book that when the fathers and sons go to foreign lands for the interests of the United States, the emotional turmoil in their families is unprecedented.

The family members of the military personnel can only see them on video calls, and despite missing them, they cannot go to them. She further added that when their brave father come back home, the relief on the children’s face is unprecedented.

There are many untold stories of Jill Biden but this one is quite different. You might have been wondering that she is an educator and an ex-model. However, to your surprise, she is a runner also. A runner in a White House is not a new thing.

Bill Clinton used to lace up in the mornings to jog and have breakfast in the nearest restaurant in his presidency days. Not only this, George. W. Bush completed a Marathon race in less than four hours. However, this time the runner will be in the form of the FLOTUS.

Running became very close to her heart after participating in the Breast Cancer Komen race in the 1990s.

Nobody knew that the charity race would bring racing so close to her. She always remained vocal about her passion for running. She said that she feels freedom in running. This is one of the main reasons why she has been running consistently for almost 30 years now.

Apart from the Komen race, she has also participated in numerous other races. When she was asked about the number of races in which she took part, she replied that “I’m not sure about the exact number—probably a handful or so. Over the years, I’ve also completed several 5K, 10K, and half-marathon races for other cancer charities.”

Jill Biden is an extremely vocal activist of breast cancer, and she raised her voice at various important events. Apart from her charity race for cancer patients, she remained vocal to ensure that women take the necessary precautionary measures to avoid this dangerous disease.

When asked why she has so much concern about breast cancer, she replied that many of her friends had this disease back in the 1990s. She added further that one of her friends even died due to this. She urged that she needed to do something as an educator; it was her responsibility.

This is the reason why she started the Biden Breast Health Initiative. She has a lot of volunteers working in the organization as they raise awareness by going from school to school.

Due to her extensive efforts, they have a team of 10,000 well-informed women promoting the campaign at one place or another.

Also Read: How a professor first lady will save the United States

The Funny Side of Jill Biden:

One of the famous incidents in this regard happened in a 2008 rally when she put a plastic rat on the podium where Joe Biden was supposed to speak to the public.

Not only this, but she is also practicing these pranks with her grandchildren. Naomi Biden, the daughter of Hunter Biden and the granddaughter of Joe and Jill Biden, reiterated how Jill Biden plays pranks with others.

She said that “She’s (Jill’s) a prankster, she’s very mischievous. When she goes on a run, sometimes she’ll find, like, a dead snake, and she’ll pick it up and put it in a bag, and she’ll use it to scare someone.”

In 2008, when she was asked about the reason for her humor, she replied, “Things are so serious that I like to add a little humor.”

Never in the history of the United States did a first lady hold a paid job. Just as she is the first Italian American woman to be the FLOTUS, she will also be the first-ever first lady having a paid job.

However, getting paid at this position is not a necessity for her at all but a choice, as Joe Biden and Jill Biden net worth are approximately $9 million currently, which shows her passion for her profession.

She could have left all the jobs to settle in the luxury of the White House, yet she sticks to her basics despite having such a powerful office.

Many people ask what does Jill Biden do? Jill Biden degree is in education, and the answer is that due to this degree and job, she will also be the first-ever “Professor FLOTUS” in the history of the United States. This will further motivate her to stick to her dream.

Due to Jill Biden’s untiring efforts, a man who once considered suicide after the death of his wife and a year-old daughter is now going to be the president of the United States.

The new first lady will surely be a symbol of courage, resilience, and perseverance, and the pair of president-elect Joe Biden and Dr. Jill Biden is ready to set new standards from the corridors of power. Jill Biden office years in the White House will undoubtedly be written with the golden ink in times to come. 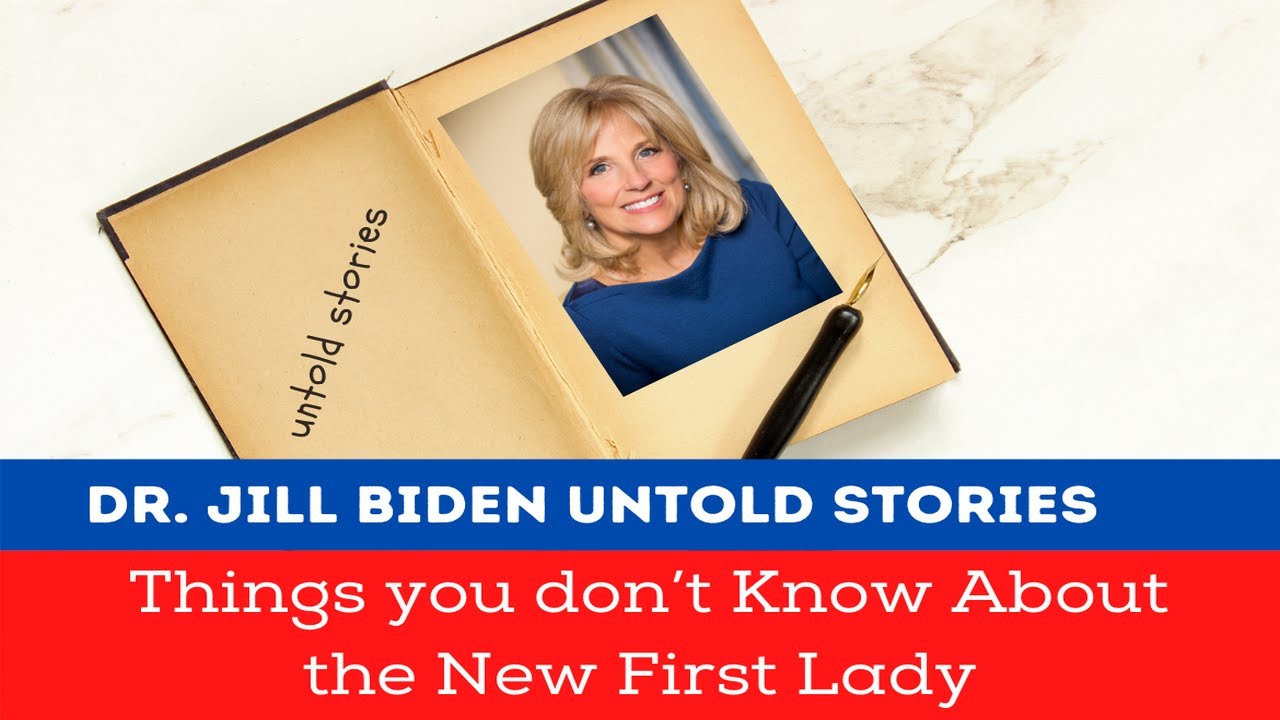 Dr Jill Biden: How a Professor First Lady will Save the United States?

Valerie Biden Owens: Everything you need to know about Joe Biden’s sister and how she helped Joe to become president

Fascist Out: It’s A New Day